Stimulating the Simulcra. Can Humans be Trusted With Artificial Intelligence?

Can such a flawed race create anything but accelerated evil? Examining free will, AI technology, and addictive stimulus.

[dropcap style=”font-size:100px; color:#992211;”]I[/dropcap]
n previous musings on the implications of Artificial Intelligence, it turns out to be the artists of our society whose objections to a human-created sentient entity have held most water.

As a species largely incapable of co-existing without genocide and destruction, are we, ask artists such as Raoul Hausmann, worthy of creating new life?

For Hausmann, reacting to the devastation of the First World War, a people who were unable to upset the status quo were like a tailor’s dummy waiting to be carried from one material disaster to another. ‘Mechanical Head’ 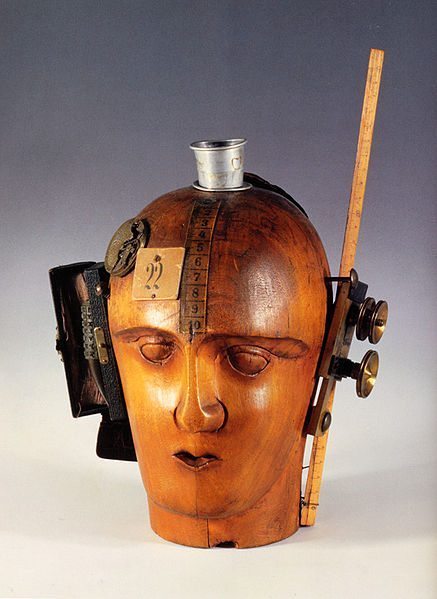 undermined the idea of the head as a ‘seat of reason’ by presenting a head dominated by external forces, the mechanisms of modern life literally smashed into a block of wood. This presented man not as the autonomous free thinking individual but rather more akin to a piece of driftwood vulnerable to the material disasters that social and market forces throw at him.

This idea also suggests a rethink around western portraiture, which is obsessed by the face and the head, since this is where our ‘Cartesian’ self is located. Hausman’s head shows us how utopian the idea of a free thinking individual is, since his point is not that we can’t be free thinking but most of us are happy not to be. The head penetrated by such brute forces is summed up by Hausman in the tailor’s dummy, so what of the digital head?

Bjorn Stenger: Thank you for bringing Raoul Hausman’s sculpture to my attention. I was not aware of this. There is certainly an interesting connection between the depictions of the human head an all kinds of thought processes. The notion of “free thinking” is another interesting one. There have been some interesting psychophysics experiments recently that seem to point towards the direction that, in some cases at least, free will is an illusion of our conscious self. See http://en.wikipedia.org/wiki/Neuroscience_of_free_will

About “Zoe” or “talking heads” in general, it is interesting to think about their embodiment as you described. They can exist purely in digital form and they can be displayed by various means: on a small mobile phone screen, a tablet screen, a large TV display, projected onto a wall or indeed any surface. This means it can even be displayed on a facial shape and give the illusion of an animated body. Some primitive examples are projected animations at some airports (Luton) or entertainment venues (Disneyland).

Going all the way to physical embodiment are animatronics and robotics. In this case facial motion id created by mechanical means. However, such physically animated faces (when replicating human expressions such as those by Prof. Ishiguro from Osaka) have so far been stuck in the uncanny valley. This is because in order to create an ‘illusion of emotion’, getting the facial motion right is more important than getting the appearance right.

For example, it is easier to connect emotionally with a smooth cartoon animation than with a badly animated photo-realistic model. And getting the motion right is currently a lot easier to do virtually in the computer than physically. The self-preservation instinct (a la HAL in 2001) is something that would have to be programmed in or learned in some way. (One example would be cleaning robots that return to their base in order to re-charge.)

This ‘illusion’ (free will), which may be a combination of the drive resulting from a central nervous system and an ‘unconscious mind’ resulting from an entrance into language, gives autonomy to animals and people. Obviously with people there is a greater emphasis on language. If this could become the focus of research then perhaps we w 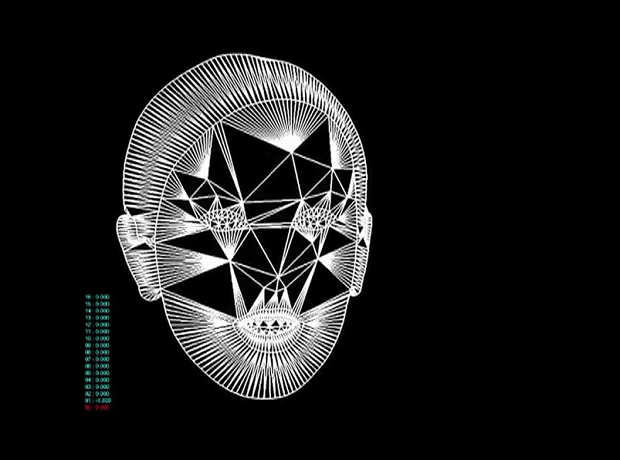 ould be pursuing freedom rather than simulacra.

The idea of referring to the notion of free will as an illusion is an interesting trait which, in part, must be connected to the depressing feelings which emerge when people resolve the mystery surrounding the function of something they once found divine or magical. At any rate, it seems to bring the idea of endless depth and exploration to an end. That, however, is rather pessimistic angle to take; we have negative associations with the word ‘illusion’. Calling free will by this word undermines the idea that people are responsible for their actions in any meaningful way, or indeed that we are anything more than deluded matter.

I do not share this insight. At the very least man is able to dis-embed himself from his environment and overcome environmental factors. Ultimately we may fall foul of short-term vices like greed and the desire for power, but without our illusions we would still be subject to packs of wolves, diseases, and earthquakes etc. These issues which wiped out species are far more controllable then they once were, and the will to explore and invent is to embrace the illusion of free will and go beyond what is established as possible; those illusions create the space for new things to happen.

Stengers’s words however, raise a number of ethical issues though, and faith in human freedom is difficult to maintain in the face of much human behaviour.

For example, while we can accept the Toshiba Research Europe team’s intentions as totally benign, and admit that talking to a computer (a la Holly from Red Dwarf) is a novel and welcome idea, when we look at the digital head we see a stripped creature robbed of even the physical presence that Hausman’s dummy has. I also think of ‘hyper-reality’: the forces of internet pornography, violent images and shopping which obsess so many are depressing bolt-on of the modern world and mass media. We are even still mired in war, although its implications are less literal (at least for us). It is difficult to escape  that artistic/social idea of simulacra. Baudrillard believed that social relations were formed by the forms of communication that a society employs:

“Simulation”, Baudrillard claims, “is the current stage of the simulacrum: all is composed of references with no referents, a hyperreality. Progressing historically from the Renaissance, in which the dominant simulacrum was in the form of the counterfeit—mostly people or objects appearing to stand for a real referent (for instance, royalty, nobility, holiness, etc.) that does not exist, in other words, in the spirit of pretense, in dissimulating others that a person or a thing does not really “have it”—to the Industrial Revolution, in which the dominant simulacrum is the product, the series, which can be propagated on an endless production line; and finally to current times, in which the dominant simulacrum is the model, which by its nature already stands for endless reproducibility, and is itself already reproduced,” – Jean Baudrillard. Simulacra and Simulations. The Precession of Simulacra.

I can’t help but see a trajectory which replaces a brutality against the body a la Hausman with one that works against the mind: no form, only resemblance, easily propagated and bombarded by visual images and information, will the digital head add to this or offer some respite from the current deluge of addictive stimulus?

The Toshiba Research Europe team and Bjorn Stenger continue to work on their ground-breaking projects with a view to, as mentioned earlier, improve communication, help children to learn and offer comfort to the elderly.

Previous Story:
First Look at the Stretchable nano-scale device That’ll Soon Be in Your Contact Lenses

Next Story:
The Weird Cause of Obesity You NEVER Imagined