Showcasing the best photography and cementing London as a key location in the international photographic community.

[dropcap style=”font-size:100px;color:#992211;”]I[/dropcap] used to be scared of photography, because I am a painter…but now I embrace both, With that candid statement, artist Jo Dennis, summed up the real spirit of Photo London 2018, the emphasis on highly wired experimental work and the feast of crossover practices that embodies much of contemporary photography.

Jo’s own work incorporates painting, lens-based images and found objects, which she collects from streets and skips. She works intuitively across media, by painting onto her photos and recording her paintings unto film. A co-founder of the Peckham 24 group of artists, her exhibition was displayed at an ex-squat in south London, next to the busy Bussey building in Peckham Rye, which is at the heart of this year’s fringe shows, which add an edge and extra vitality to the main event on the banks of the Thames. 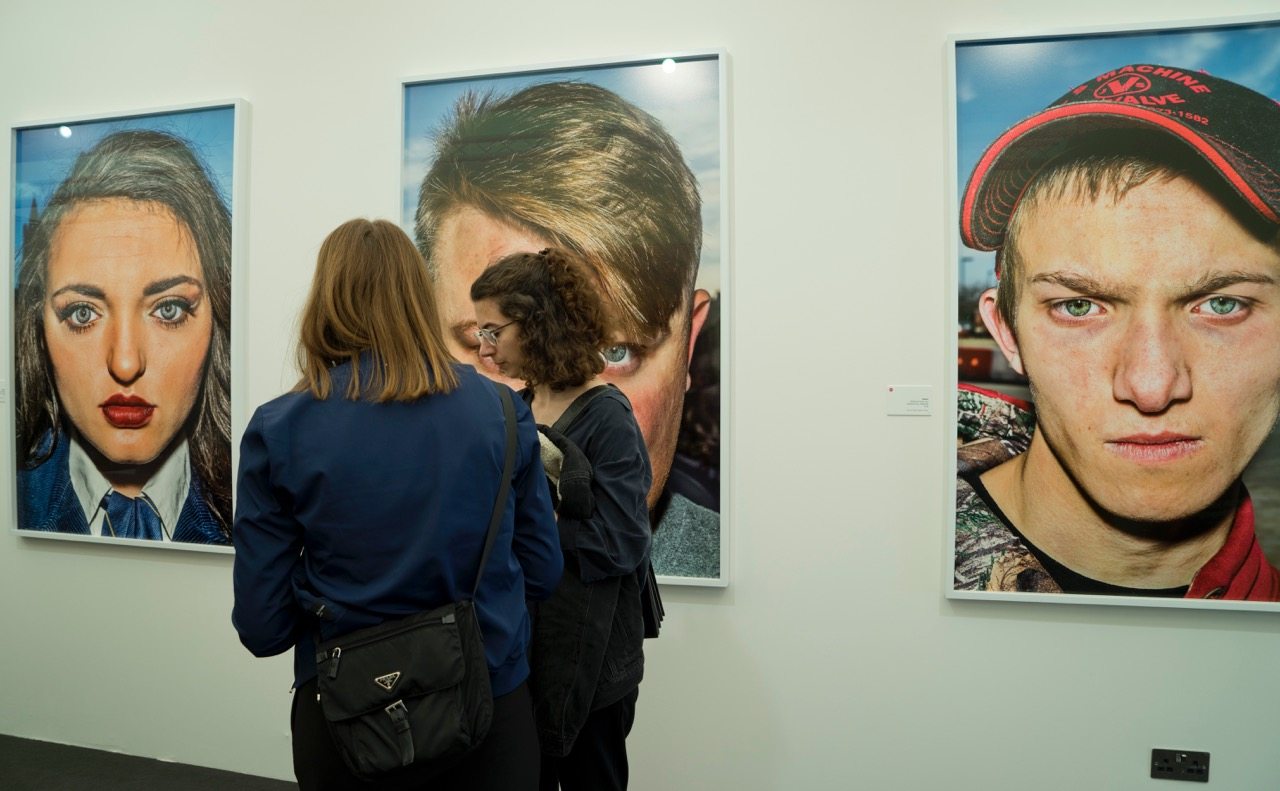 Photo London returned to the historic surroundings of Somerset House for its fourth edition. Founded in 2015 to give London an international photography event befitting the city’s status as a global cultural capital, it has already established itself as a world-class photography fair and as a catalyst for the city’s dynamic photographic community. 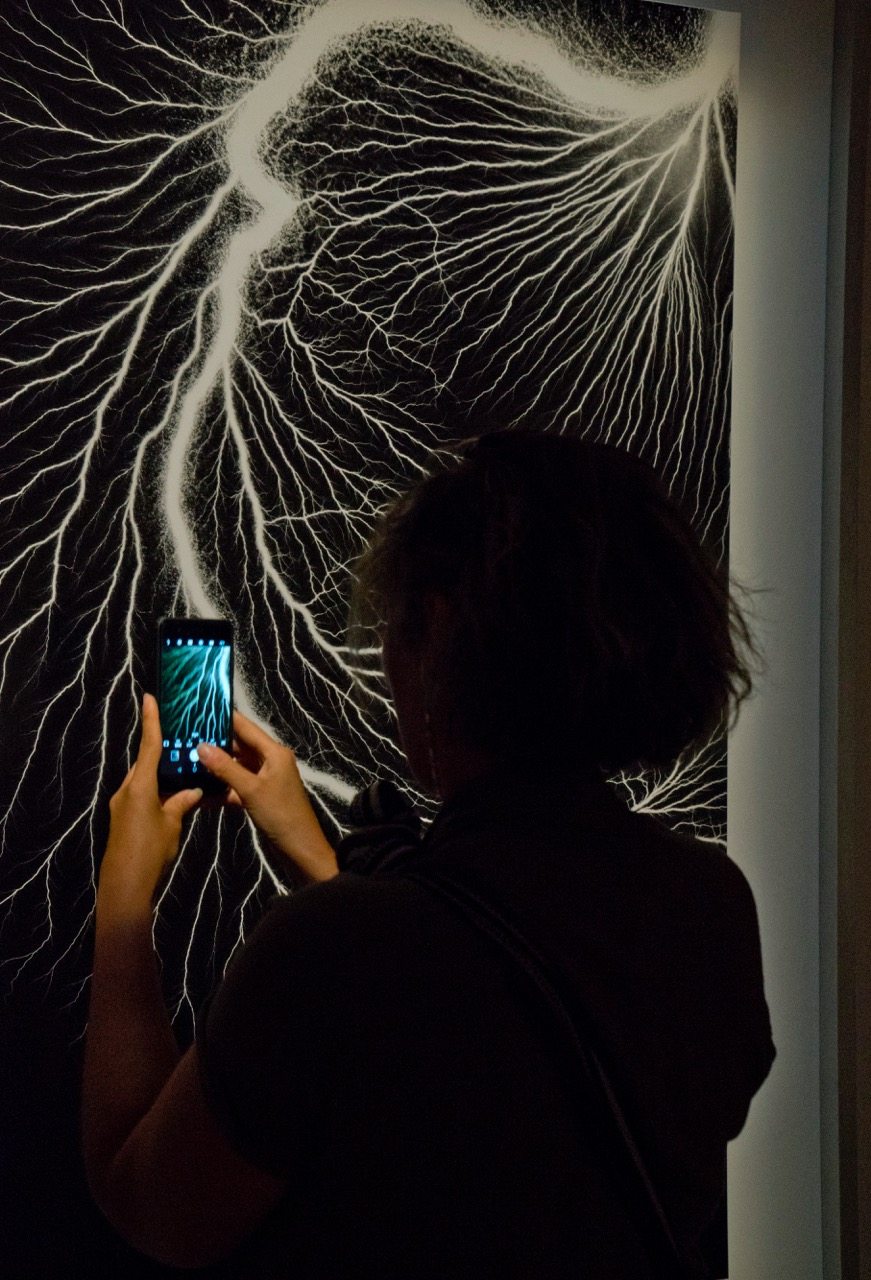 From the capital’s major museums to its auction houses, galleries large and small, right into the burgeoning creative community in the East End and South London, the fair harnesses the city’s outstanding creative talent and brings the world’s leading photographers, curators, exhibitors and dealers together with the public to celebrate photography, the medium of our time. 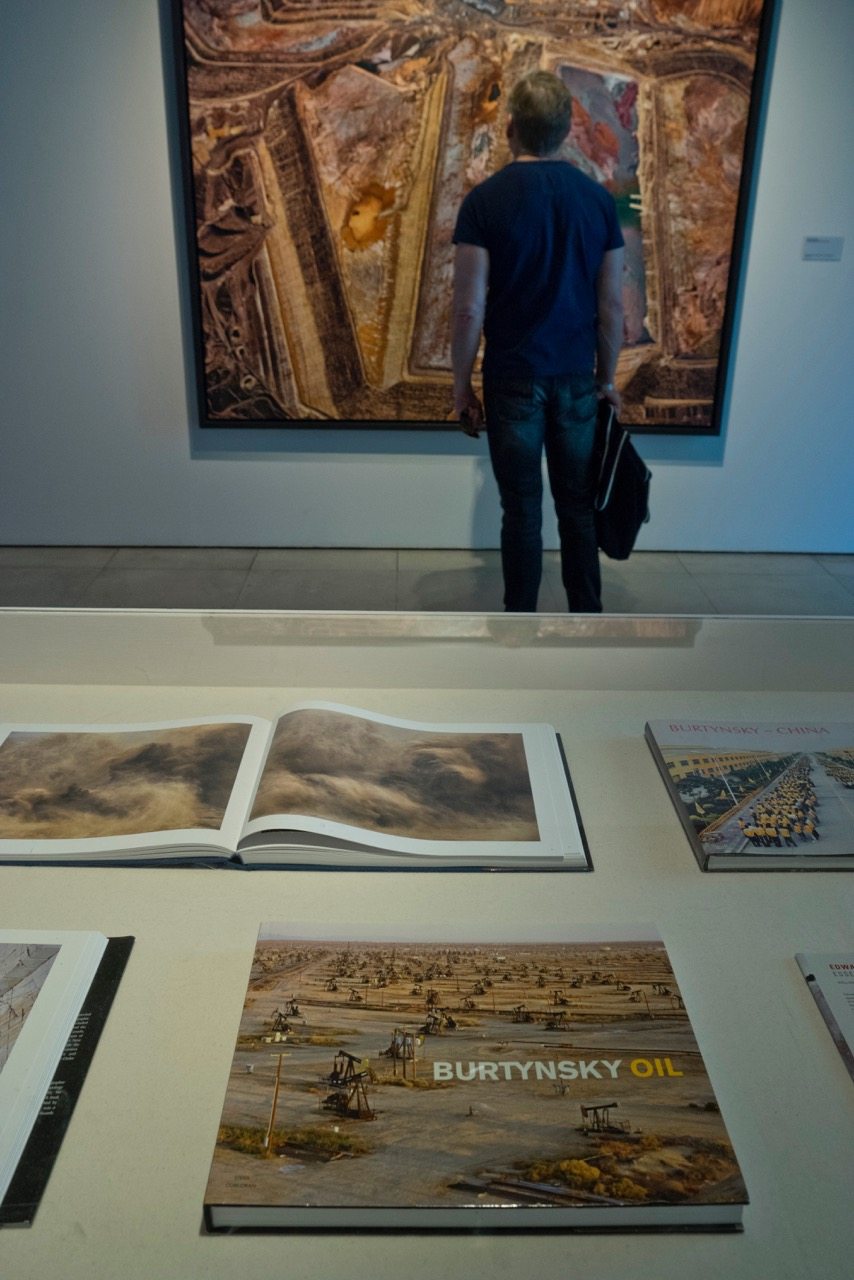 Canadian fine art photographer Edward Burtynsky was designated the Master of Photography for 2018. His practice eloquently chronicles human impact on the planet and his images are widely regarded as key visual documents of our time. As part of this year’s Public programme, Burtynsky presented a special exhibition of new and rarely seen work including a preview of his latest project Anthropocene. He is known for pushing the technical limits of photography, as shown in a newly developed Augmented Reality (AR) experience.

Burtynsky is currently engaged in a five-year project on the Anthropocene, a proposed name for our present geological age in which humans have had a profound influence on the earth and its systems. A multi-disciplinary endeavour with other long-time collaborators, the exhibition feature images exploring diverse subjects such as urbanization, industrialization and extraction, from oil bunkering and sawmills in Nigeria to the salt mines of the Ural Mountains; at once conveying the sublime qualities of human-marked landscapes and the unsettling reality of their impact on our environment and increasingly fragile eco-systems. In his public talk to a packed audience, he compared the world’s previous five great extinctions – from the prehistoric devastations of the Permian eruptions, to the asteroid that wiped out the dinosaurs – to the present impact of human activity: “Now our species are having a similar effect—we are the equivalent of a meteor impact.” 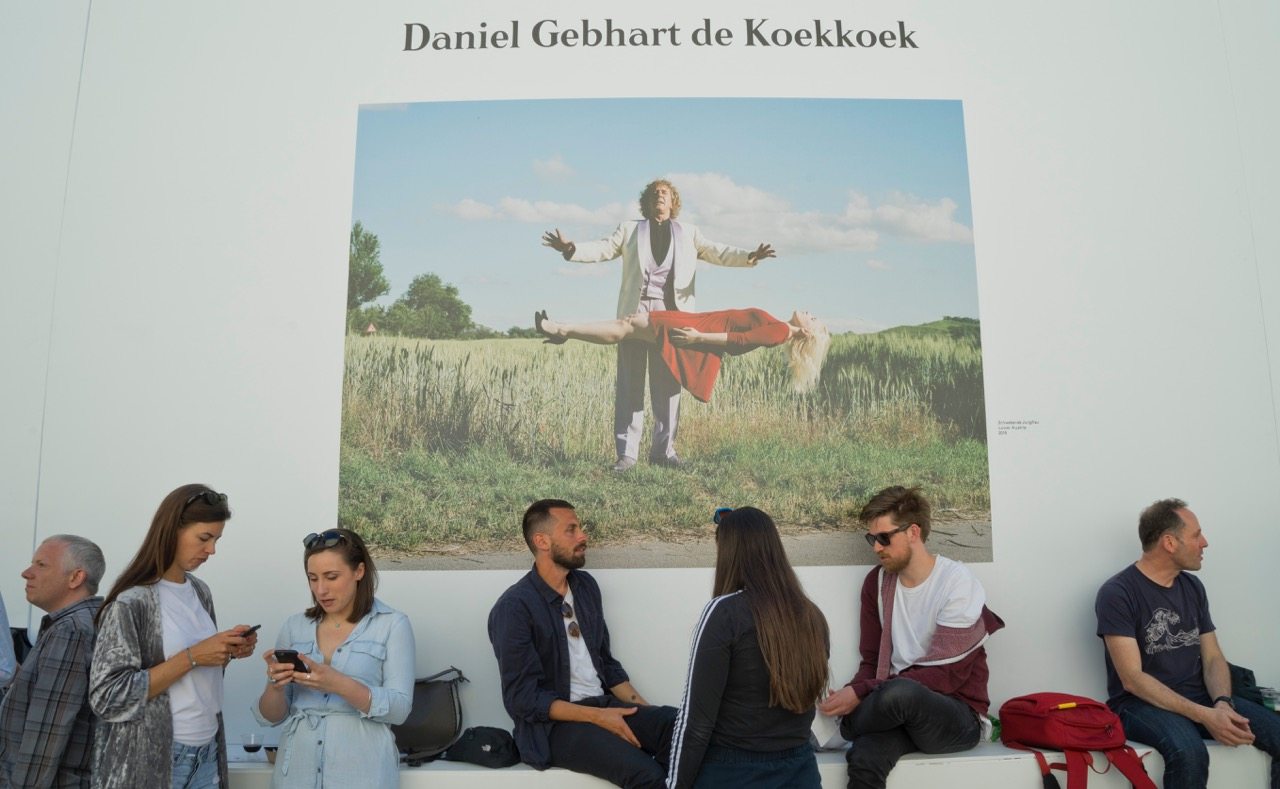 Across the hallway at the lower ground floor of the venerable building there is a major display that looks at the pioneering work of the British co-inventor of photography, William Henry Fox Talbot, and his legacy within the modern practice. Vintage Talbot prints from the 1840s and 50s, sit comfortably alongside contemporary artworks by artists Adam Fuss, Cornelia Parker and Hiroshi Sugimoto, whose inspiring ‘Talbotized’ piece is a dramatic comment on lighting and the erratic nature of the universe, thus reflecting on the influence and inspiration of one of the inventors of the medium.

The public programme featured still and moving image, as well as new technologies, in a series of special exhibitions taking place throughout the main venue. One of my favourite collections were Exit from Paradise: Japanese & Chinese Contemporary Photography, presented by the distinguished Korean curator Jiyoon Lee, and a special photography themed installation created by the renowned set designer Es Devlin, that added a new dimension to the canopy marquee at the centre of the courtyard of Somerset House. 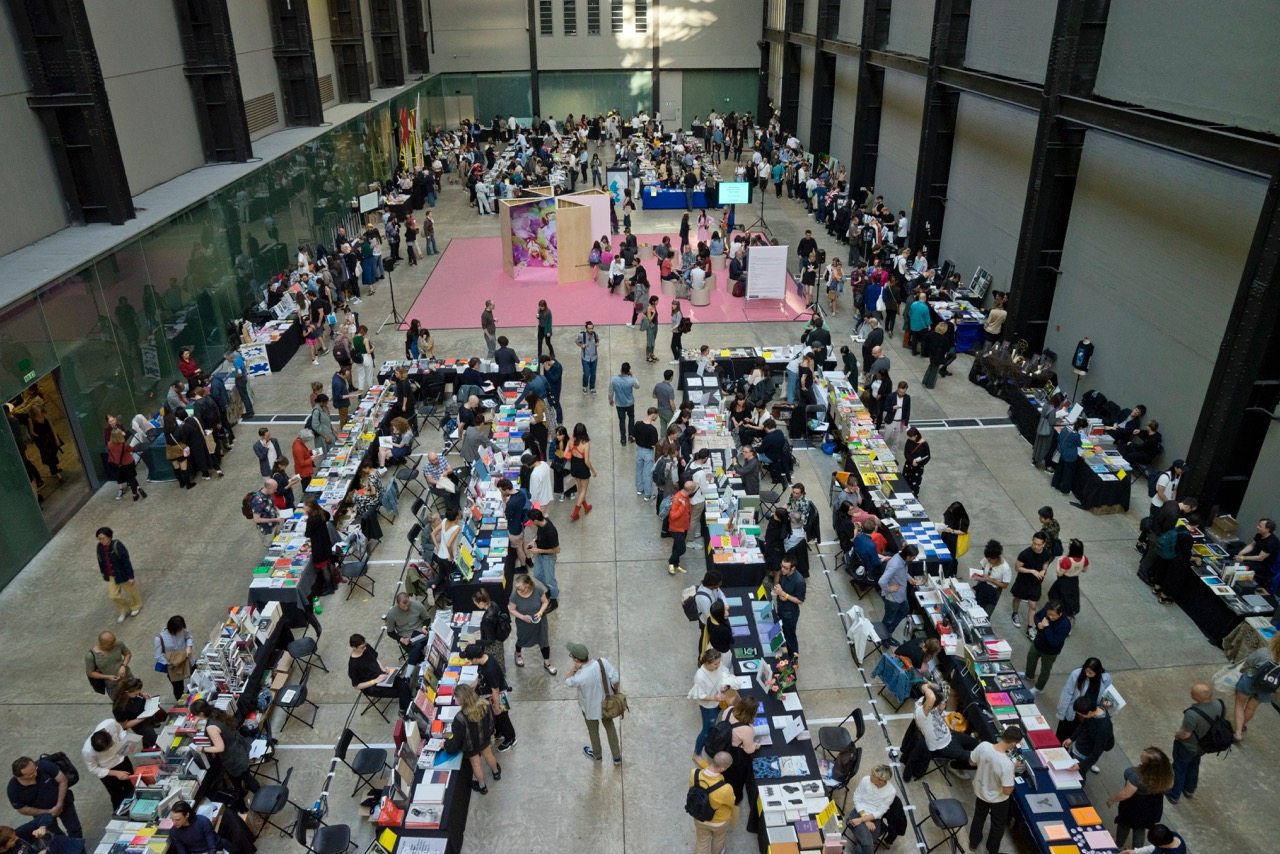 One of the main contributions from the USA came in the shape of the new York based International Center of Photography’s new version of the installation Unwavering Vision, an interactive multimedia presentation by Alan Govenar, Jean-Michel Sanchez, and Julien Roger, incorporating more than five thousand images dealing with social change from the their permanent collection. The other was in the pioneering work of Magnum photographer Bruce Gilden, who came out of his comfort zone – top-level street photography – to test the latest Leica medium format camera at farm fairs across the US mid-west. The result is a set of incredibly blunt and sharp, on-your-face huge size prints showing every detail of the sitter’s face, in a quest to reach their soul. 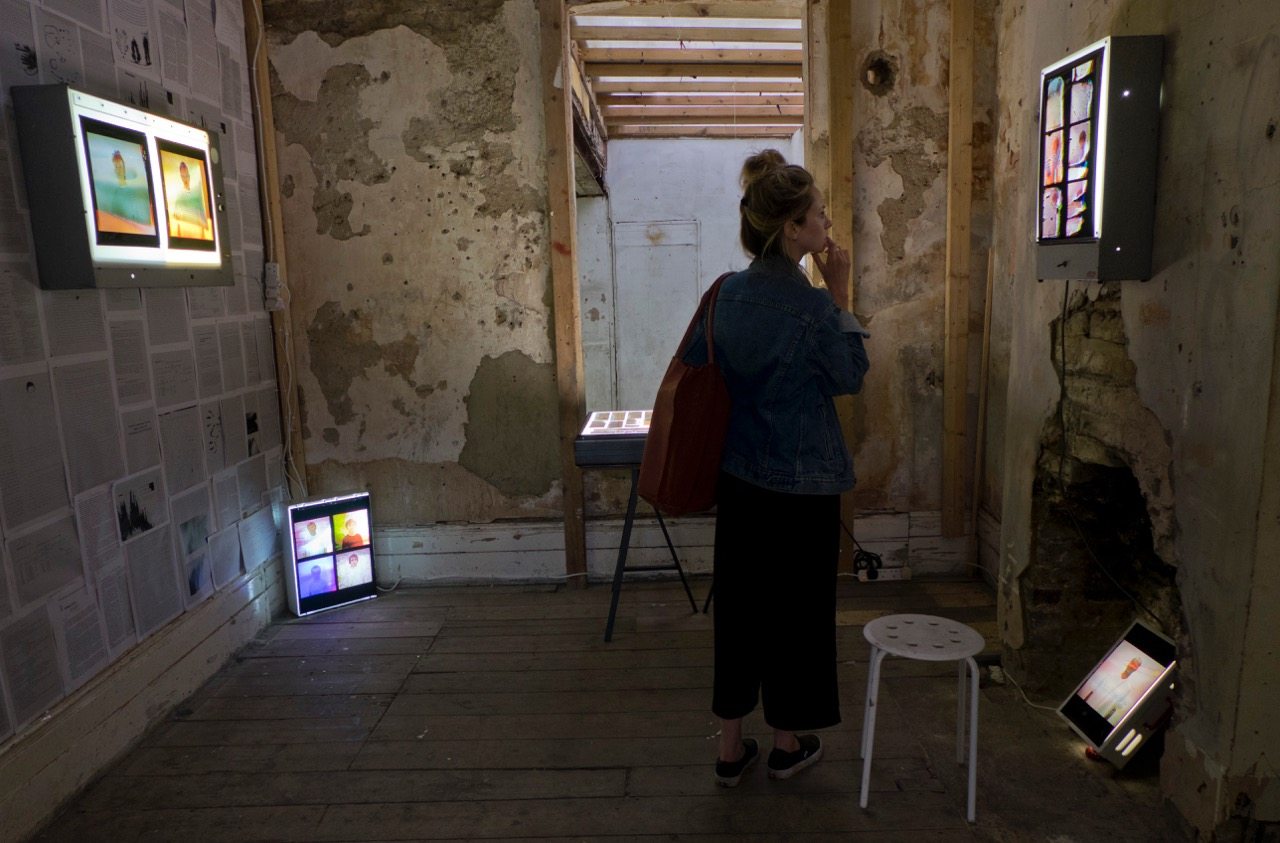 Another sidekick to Photo London was Offprint London, an art-publishing fair with a focus on photo-books, that took over the Tate Modern’s Turbine Hall. highlighting the vibrant current state of independent publishing in London. The fair attracted more than 150 artists, independent and self-publishers, selling photography books, posters, prints and magazines and was organized in collaboration with curator Simon Baker and the Tate Modern publishing and bookshop team.