No Score Draw : How Movie Music Fails Us [Pt 3]

If you want sublime original music you don’t ask a god-given talent to appropriate and subtly re-arrange a track by Enya.

Editing or screening a movie with no music to emotionalise the drama or alter the pacing of events is a humbling experience for a director, yet in the pre-digital era this was the normal way of working. Glorious, and lasting, celluloid moments were often shaped in an atmosphere of total silence. For the modern Hollywood professional this must seem as arcane and mysterious as the erection of the Pyramids without the benefit of mechanisation.

Hans Zimmer created the reliable and efficient Walkways which have since allowed contemporary film makers, under severe pressure themselves from meddlesome studio bosses, to completely undermine the solitary power of the composer and impose a ‘conversational field of musical vision’ onto the process.

He did this by creating a Hollywood version of the New York Music Shops which provide a highly organised team of composers, producers and arrangers to service the needs of the advertising industry.

This type of ethos ensures that the client is involved in the decision making process from beginning to end and that their every creative whim is indulged, for a price. Confident professionals ensure that there is a constant supply of musical ideas to enhance the public’s perception of the product and the team are prepared to instantly re-work these ideas if they fail to connect with their target audience.

The arrogant old-school film composers despised this complete abrogation of artistic control and sneered down at its pragmatic East Coast practitioners from their Beverly Hills mansions. Their position of strength was the 2 to 3 month quiet period from rough cut to final mix when they could shape a masterpiece with minimal interference.

Unfortunately noisy marketing forces, studio executives and film makers themselves began to view this period as a weak spot in the process.

When Hans hit Hollywood in the nineteen-eighties his background as a successful team player in the UK television advertising and film industry had given him an acute understanding of the increasing hunger for client involvement at all levels.

Unlike the established composer elite he was prepared to use his skills, and embryonic computer technology, to supply lavishly prepared demos at every stage of the film’s development, rapidly alter the direction and feel of a score if it did not test well, take heed of ‘suggestions’ (however ludicrous) from both studio executives and directors and, most importantly, understand the power of the condition known as ‘Temp Love’.

The use of temporary tracks to fill holes in an unfinished movie score was initially limited to stuff that the music editor dropped in for test screenings. Gotta horror movie? Then plonk in a couple of music cues from The Omen and the kids will be more likely to get scared. Unfortunately it soon became a minor art.

of the need for high

Editors and directors, ever mindful of the need for high test ratings, started to pick these temporary cues with great care and, perhaps fatally, began to edit the film to them. Too often they fell in love with something borrowed from the pop charts or another film, which would also have received a solid test reaction, and then need a viable substitute.

The great composers, understandably, viewed this trend with dismay. If you want sublime original music you don’t ask a god-given talent to appropriate and subtly re-arrange a track by Enya. The person to do such a task is a top flight music arranger such as James Horner, hence he and his ilk’s sudden elevation to leading composer status in the nineties. With the sole exception of John Williams the proud and idiosyncratic maestros were all quickly pensioned off and replaced by a newer, more pliable crowd, with the Zimmer team at the forefront.

The purge of ‘difficult’ composers meant that Award-winning European names such as Vangelis, Morricone, Yared and Warbeck, could not pursue their distinctive visions under the shackles of the new regime, and were forced to find work elsewhere. If a system does not allow for the nurture and development of supreme talent then it falls into the hands of the supremely competent.

None of this bothered Hans. By the mid nineties he had invested his profits wisely and was running a vast studio factory of composers, computer programmers, arrangers, assistants and music editors, and thus able to supply high quality temporary versions of his own nascent film cues for editor use and test screenings.

By the time he came to work with Christopher Nolan on the film Inception I imagine that the initial phone conversation went something like this:

CN: Yeah. We start shooting next week. It’s going to look like a high-end car commercial for almost three hours – music in just about every frame. 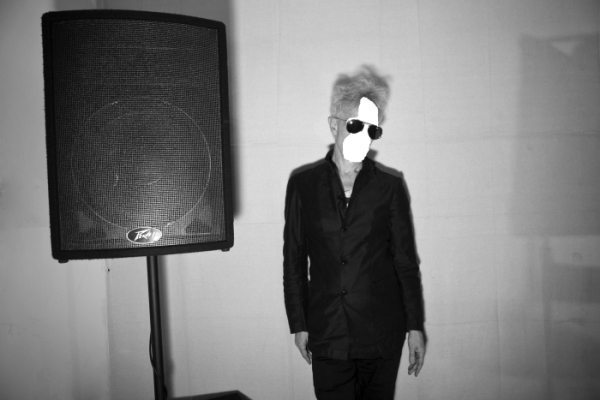 CN: It’s all about gloss and deceptive surface on this show. Been listening to a lot of ambient trance stuff.

HZ: Exactly what I was feeling.

HZ: You want cool and indistinct.

CN: I’m currently seeing the music as a kind of shimmering patina hovering tangential to the emotional drama without ever actually touching it.

CN: All good. Your people mentioned that, after this conversation, you might be able to put something together I could listen to when I drive to the set.

HZ: The title theme demo will be with you in an hour. We’re on speakerphone and my guys have knocked up something interesting while we were talking.

CN: Looking forward to it.

If ever an expensive film needed a finely-constructed score it was Inception. It didn’t get one, but the numbers were great so who cares?

A director such as Nolan desperately needs a composer with alert-to-bullshit radar and the balls to express an informed opinion concerning the dramatic use of music. There are still some wildcard talents he could collaborate with (Warren Ellis or Jocelyn Pook come to mind) but no one who arrives with the credibility and respect which the old-timers wore like an expensive, but well earned, suit.

The more I examine the efficient and bustling modern Walkways, the more I find myself thinking about the subversive appeal of the grass and appreciating the old-school film composer’s brave and solitary trek across it.

Next Story:
Our Phallus-Shaped Ancestors