[dropcap style=”font-size:100px;color:#992211;”]A[/dropcap] cynical, bleak film that lives up to its title, Russian auteur Andrey Zvyagintsev’s Loveless has no interest in hand-holding its viewers. Loathsome protagonists inspire no sympathy in this barely concealed attack on Putin’s Russia; it is a cold experience that offers no hope. This is no criticism. Loveless is superb.

It’s an intriguing setting of scene. The camera scans the snowy, wooded landscape, while an absent soundtrack underlines a sense of desolation. A drab, grey palette complements this feeling as we are introduced to Alyosha, a pre-teen boy walking home alone from school. He makes his way through the woods, dragging his feet. We soon learn that his reluctance to get home is with good reason; his mother, Zhenya, is harsh and critical, while father Boris is disinterested. The two, at each other’s throats, are on the brink of an acrimonious divorce, and neither wants custody of the boy. Overhearing an ensuing row over what is to be done with him, Alyosha vanishes. Neither parent notices.

While the missing child narrative is the spine that holds Loveless together, it is almost incidental to the film’s broader picture—and indeed to Boris, who lags behind the search team, leaving it to others to call his son’s name. The prelude to Alyosha’s disappearance firmly concentrates on the parents’ own selfish desires against the backdrop of a greedy society that strives for social climbing, while also shackled by conformism. The narcissistic Zhenya is glued to her phone—in fact most of the women in Loveless are presented as shallow, selfie-taking vapid creatures—and most likely attracted to her new lover’s wealth over his physicality, while Boris needs to conceal his impending divorce for fear of losing his job; the company insists staff be married and have children. A colleague quips that they’re under “Russian Orthodox sharia law”, as Boris plots getting away with it by replacing his soon-to-be ex-wife with his heavily pregnant girlfriend. Alyosha plays no part in either parents’ plans; in fact Zhenya admits to her lover that she disliked and resented the boy from birth. In this indictment of modern Russia, the next generation is expendable. 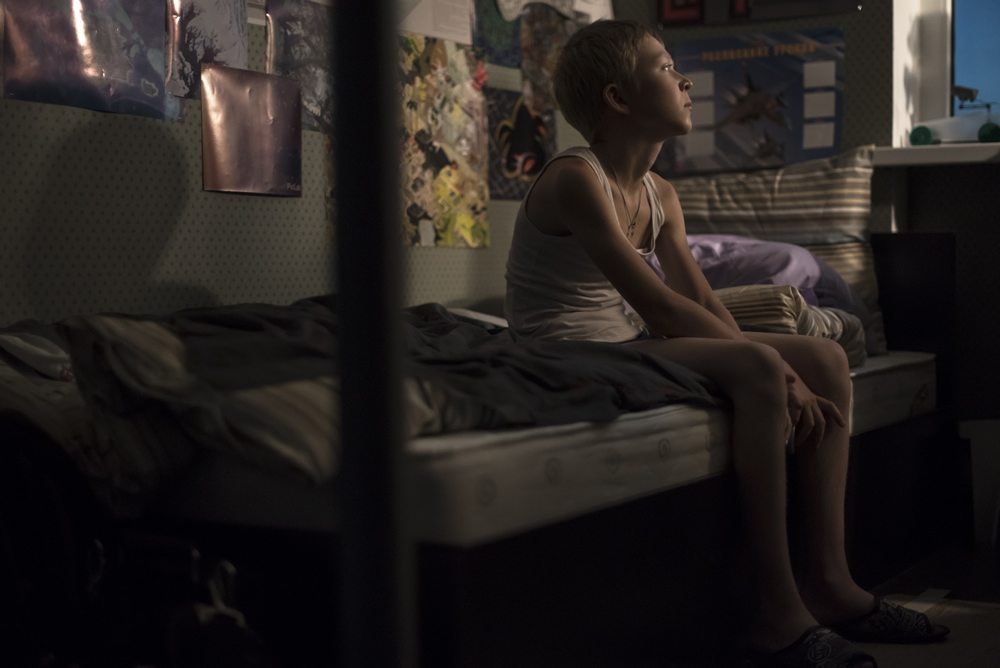 Loveless is by no means an easy watch, particularly so for its excellent performances. Maryana Spivak is almost cold to the touch during the unpleasant mother-son scenes, while Aleksey Rozin presents credible apathy as Boris. The most praise must go to Matvey Novikov, however, making his screen debut as Alyosha. Despite minimal dialogue and actual physical presence in the film, the young actor is devastating.