They started firing shots from the guitar like armour piercing rounds, and with that you just knew this was going be jaw-droppingly brilliant.

8pm at The Relentless Garage, Islington and there was already a decent sized mixed crowd filling the house. Twentysomethings and older hipster types with designer beards and clear glass specs, and a large ensemble of beardy weirdies.

It was quite a hairy crowd to be fair.

This was a solo mission with my wing girl out of action, a last minute dash as the diary had been botched and a scramble to the venue due to traffic. On top of the fluster, in true Garage tradition the stage lights were so poor it was debateable if any useable shots would be taken. Coupled with the usual “First three, no flash” comment from security, the night seemed doomed.

So expecting the worst and with barely a light shining on them, Sleepy Sun stepped out on stage and proceeded to surprise by launching into what can only be described as a psychedelic happening. Front man Bret Constantino hit buttons and twisted an array of effects knobs as the percussion and guitars smashed out a swirling, hard-hitting rainbow of sound. 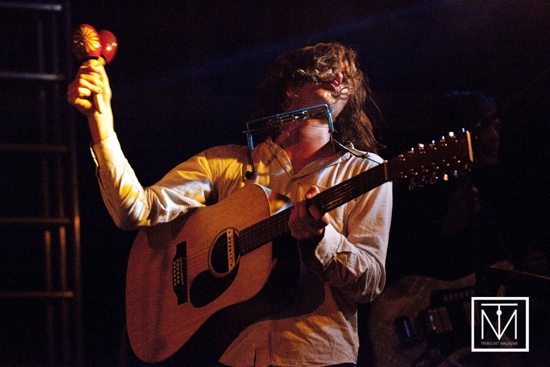 It was progressive, psychedelic rock at its best. For some reason an interview of Jim Morrison sprang to mind, the one where he talks about the future of music coming from machines. He speaks of the elements making up the music and of a ‘third thing’. All the elements were there on stage and it was a smooth blend, an unashamed move forward.

Indeed, Constantino had that touch of Morrison about him: poetic lyrics, flouncy shirt and posturing at the mic’ stand. A couple of numbers in and things became suddenly a little ‘Dylanesque’. The soundboard was briefly left alone and a harmonica and twelve-string took its place. Danger the spell might be broken, but no, it was merely a side step into another dimension.

The crowd, which had swelled unusually for the support, were hooked. They had been seduced into Sleepy Sun’s tribal love fest and were being caressed by the mouth organ, spanked by the wah wahs, pounded by the beat and drawn close to the edge by the strains of liquid guitars. No one seemed to be interested in a quick cigarette while these guys were on stage and the bar was unusually quiet. All eyes were on Sleepy Sun. They hypnotized, mesmerized, and with a click of a finger they were gone and an almighty surge began for the smoking area.

There were now obvious doubts as to whether the headline band, Howlin’ Rain, could top what had preceded them. It can often be the case at any gig that the support might just be a little better than the main event. Younger, hungrier, and more eager to get a foot on the fame ladder. 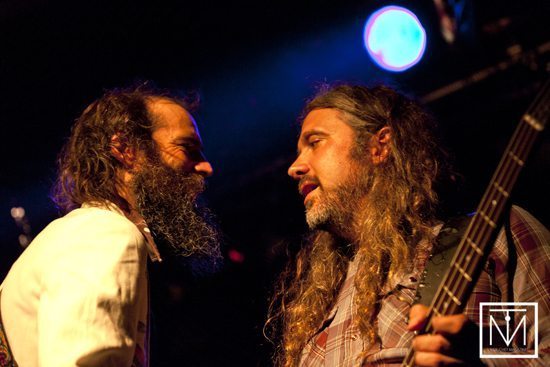 Howlin’ Rain sauntered out looking like the Jim Sclavunos appreciation society. Not having experienced their capabilities, it was unknown what these guys were going to offer. They started firing shots from the guitar like armour piercing rounds, and with that you just knew this was going be jaw-droppingly brilliant.

And it was just that.

Hard, bluesy and determined classic rock put a stranglehold over the audience, with Ethan Miller on vocals and guitar occasionally freaking out as if 50,000 volts had shot up his trouser leg. In many ways it was like watching a throwback band from yesteryear, the ‘70’s, and the venue just seemed too small to contain them. These dudes need a stadium (and spotlights, please).

The hits and licks were faultless. The whole set was greedily devoured by an extremely hungry and appreciative audience. Anyone who was there that night certainly got an incredible two for one. Not often said, but if you love music, both bands are a must-see. 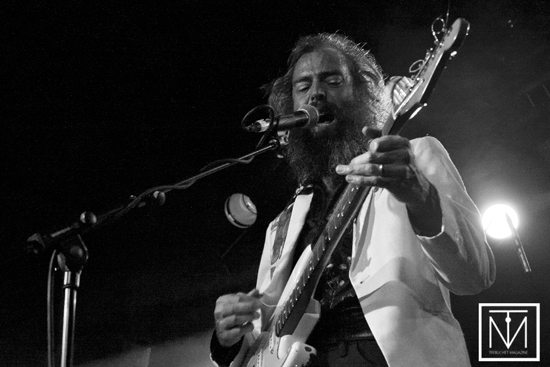 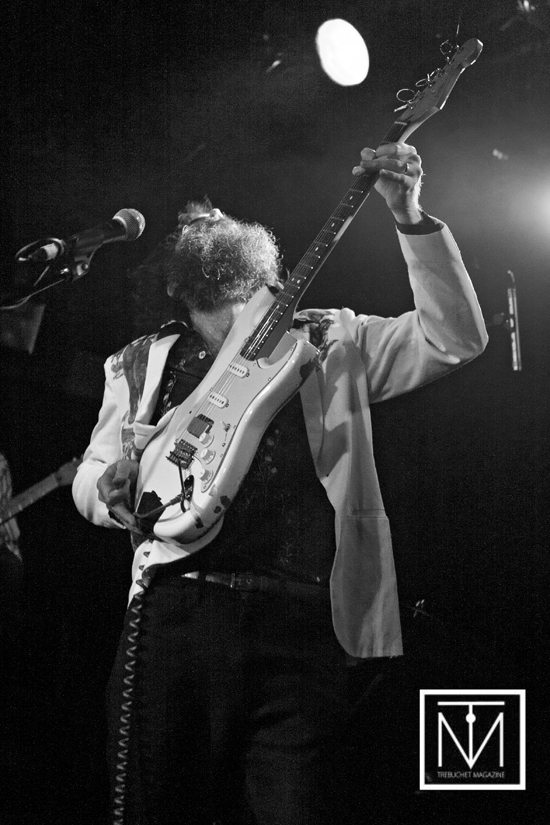 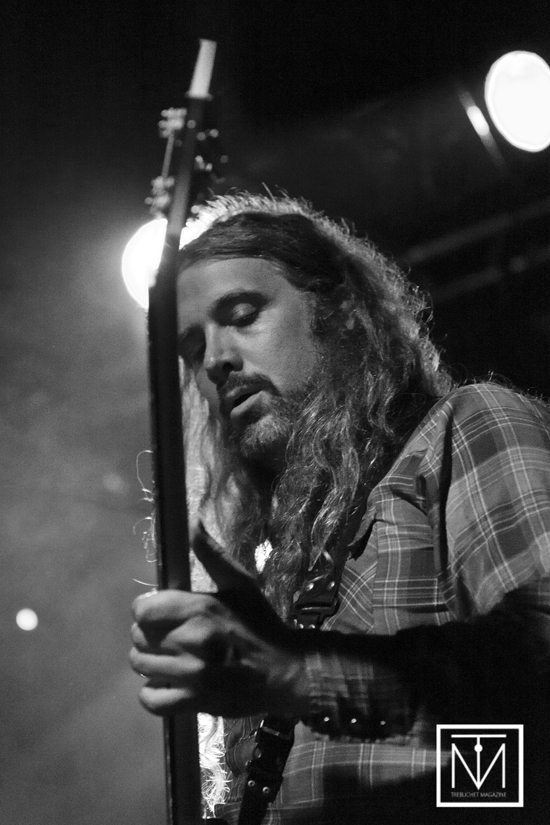 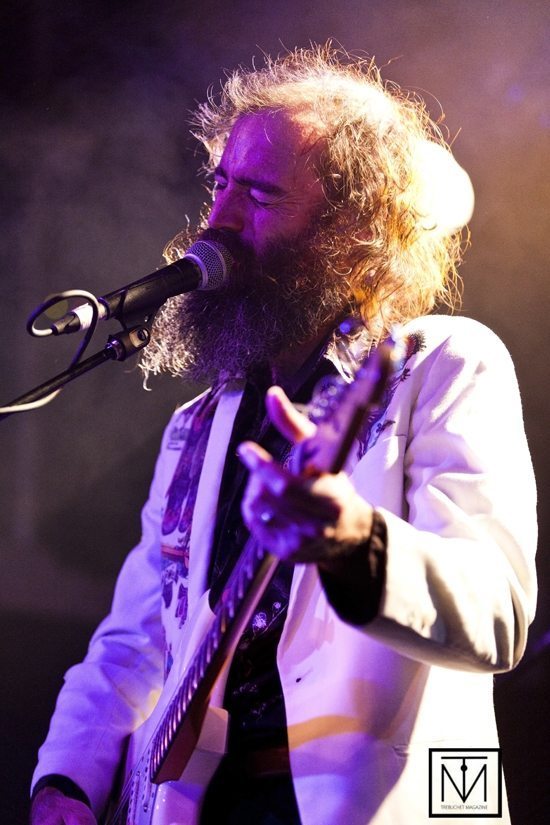 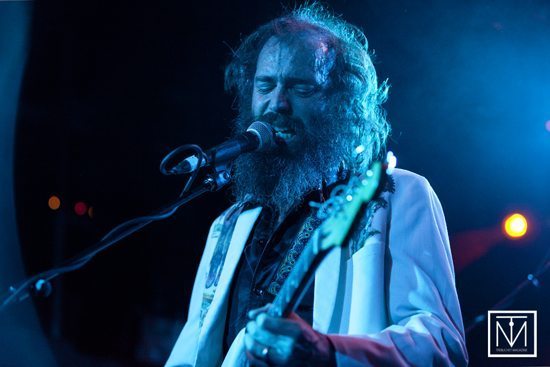