Bernardine Evaristo, Max Porter and Raymond Antrobus rise to artist Sam Winston’s challenge in A Delicate Sight to submit to time in blackout. 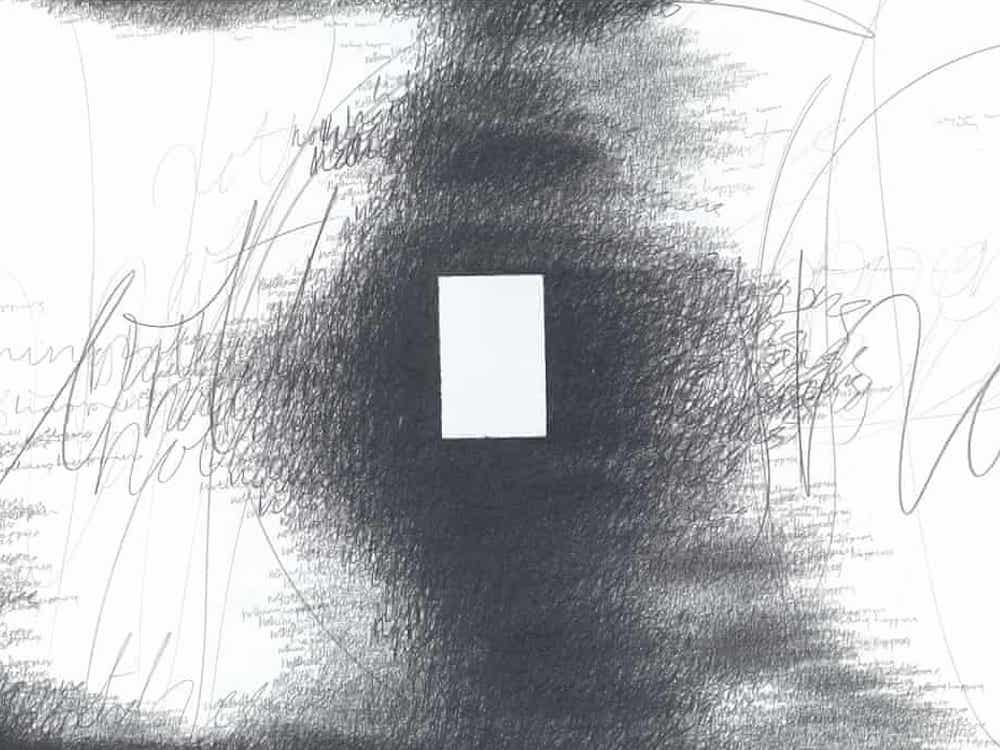 [dropcap style=”font-size:100px;color:#992211;”]S[/dropcap]ome of the UK’s most acclaimed authors, from the Folio-winning poet Raymond Antrobus to Booker-winning novelist Bernardine Evaristo, have been searching for inspiration in an unusual way: shutting themselves away in complete darkness.

These “darkness residencies” are the brainchild of the artist and writer Sam Winston, part of his immersive project, A Delicate Sight. Winston asked Evaristo and Antrobus, as well as Don Paterson and Max Porter, to spend hours in blackout before writing something inspired by heightened senses, identity, imagination, sensory reduction and rest. The project launched online on Wednesday, with workshops, interviews and a film by the Bafta-winning documentary maker Anna Price. An exhibition at the National Writing Centre and the Barbican, as well as a book, are due to follow later this year.

Winston first started drawing without sight in 2015 after becoming interested in “how the mind makes images from what it can’t see”. Over the following years he spent long periods in the dark, culminating last year with a month spent living and making art works in darkness. During this time, Winston created three large drawings, recording notes while he was working. After emerging into the light, he attempted to recreate the images he had imagined in the dark. Both versions of these drawings will be displayed as part of this year’s exhibition.

Antrobus, who won the Ted Hughes and Folio prizes for The Perseverance, a collection of poems exploring his experience of deafness, said he went through a range of emotions during the five hours he spent in the dark. “It was very visceral at first,” he said. “Lots of childhood memories came to me, including a memory of the first night as a child I slept in my bedroom without my sister (we used to share a bedroom as kids but then she got her own room when she was 10 and I was 6) and I remember thinking how much I felt her absence even in the dark.”

Porter, author of the bestselling Grief Is the Thing With Feathers, said the piece he has written explores the “disconnect between the person in the dark and the person emerged”, adding that the “weird, discombobulated feeling” of being in the dark has echoed strangely during the coronavirus lockdown.

The outbreak shares the “sense of seeing things incredibly clearly”, he explained, offering “a degree of weird clarity regarding systemic things, scale, sound, selfhood in relation to the world, family, time etc … combined with a very trapped, spectacularly blank, nothingness”.