King Midas Sound – Without You 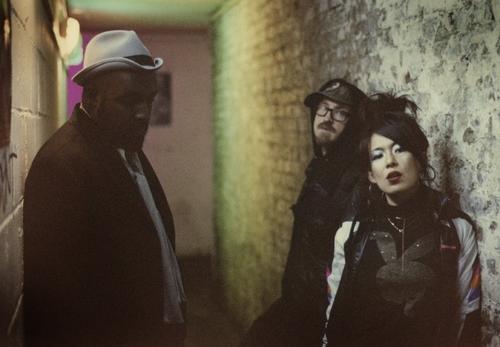 King Midas Sound's Without You bathes in beefy bass.

Steve Goodman's London label has been dropping achingly edgy and timely records on us since 2004, with releases by artists such as Burial, Flying Lotus and Darkstar garnering attention from dancefloor cognscenti and jaded broadsheet critics alike. Almost typecast as a purely dubstep outfit, the label actually has deeper musical roots than that one genre can boast, and it is always entertaining to see the label's Twitterfeed periodically stating, in increasingly frustrated tones, that punters looking for muscled-up angry brostep should look elsewhere. Hyperdub is deeply ensconsed in the erudite section of club music.

The clue is there in the name, for those who look. This King Midas Sound album of remixes has at its heart the ethos of dub producers, and references the Caribbean provenance of the term far more clearly than much of what is vaguely and inaccurately referred to as dubstep. Sure, the vocals by regular vocalist Hitomi may have a Japanese intonation, but even so, on tracks such as 'Tears', her vocal owes much to Prezident Brown's 'Uptown', and elsewhere on the album the dub producer's desire to cut away the musical structure of the classic popsong and rearrange it into something more essential is prominent. It is an album of remixes, so that's to be expected, but it's there in the first place too.

The album features remixes by artists selected by King Midas Sound's Kevin Martin. Martin is elsewhere known as The Bug, but the convoluted webs of UK urban/electronica (that The Bug's 'Skeng' was remixed by Warp Records act Autechre and released as part of NinjaTunes' twentieth anniversary lovefest last year, is an example of such cross-referencing in action) are not as dominant a feature of the collection as might be expected. LA-beats innovator Flying Lotus contributes a mix of 'Lost', as well as Scritti Politti vocalist Green Gartside adding to his reputation as an eclectic musical pathfinder with his version of 'Come and Behold'. On it, he replaces the original vocal with his own, giving it a plaintive intonation that is unescapably 80s. Perhaps his voice is just too evocative of that period to ever really convey anything else.

Inevitably, label boss Kode9 presents a remix too, contributing an eloquently restrained rework of 'Meltdown', broken down to little more than vocals, ticklish top-end percussion and a few oldskool dub techniques. Perhaps the most noteworthy though is 'Earth A Kill You' though. It appears twice on the album, reworked by both Gang Gang Dance and Mala. In the Gang Gang Dance version the New York experimentalists bed the vocal onto a breathy, synthwashed intro before applying a hilariously satisfying bass drop. The vocal though, is the star of the piece. Deep, kingly, stetorian – delivering an environmental monologue in a rich Caribbean patois, it has a gravity of its own which needs little of the bass-warping shenanigans Hyperdub is known for. Mala's rework of the same track is more obviously destined for the dancefloor, taking a traditional dance music approach to the vocal by chopping it into snippets and dropping them onto a deep filtered bass and frenetic percussion bed.

Intriguing, edgy and deeply satisfying, Without You is available on Hyperdub from November 2nd (with two extra tracks on the vinyl version). Pale Sketcher – "Wash It All Away (King Midas Sound Remix)" by ghostly King Midas Sound blog http://kingmidassound.blogspot.com/ 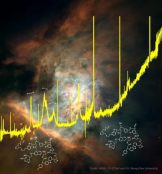