Killed Under Arrest – Some Figures

Killed whilst under arrest, the figures show an alarming increase.

Over the past year, Jost claims, the U.S. Department of Justice has been aggressively using its power to monitor local police departments and pressuring them to limit the use of excessive force in civilian encounters, eliminate racial profiling and strengthen disciplinary and accountability procedures.

Whilst we wait for confirmation that Obama's administration has made any difference to the killed-under-arrest incidences, we should point out the not-entirely-urelated fact that 27 percent more state excecutions took place in 2010 than in Bush-era 2008, suggesting that mere wooly-minded expectations of 'civil rights-minded officials' making a diference to those figures might be a touch sentimental.

We should also point out, for the sake of balance, that in 2011 alone, 173 US law enforcement officers were killed on duty.

Police or perp – let's be careful out there. 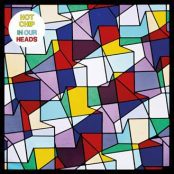