Kerouac Beat Painting brings us closer to the Beat legend, showing us the gifted amateur, unscripted and untutored in his search, striving against himself to find authenticity.

[dropcap style=”font-size:100px;color:#992211;”]K[/dropcap]erouac was to this writer’s mind the central Beat, eschewing the formal moralist stance of Burroughs as much as the hallucinogenic realism of Ginsberg to find something elevated, a conspicuously open-hearted searching that took in travel, religion, music, and in doing so encapsulating America.

“Well, Kerouac was a writer. That is he wrote. And many people who call themselves writers an’ have their names down on book jackets are not writers and they can’t write. The difference being a bullfighter who fights a bull is different to a bullshitter who makes passes with no bull there. The writer has been there or he couldn’t write about it. And going there he risks being gored.” – William Burroughs (1982)

Arguably, Kerouac gave the conceptual limbo of teenage life a cool American purpose. He found important fluid values that he refused to give up even if they contradicted the ‘adult’ world of the 40s/50s mainstream, which he saw as false or spiritually dead. He didn’t want to necessarily emerge from youth, but forge his own true path. Sweet fodder for the teenage head and make no mistake Kerouac created the teenager, the anti-conservative drive of actualisation; sexual, artistic and nomadic derived from his descriptions. That this was to be commodified by advertising and marketing almost immediately shouldn’t come as a surprise; the record industry had been mining the bedroom dreams of ‘teenagers’ for years. Other elder captains of business in retail were primed to get on the bus, to the extent that now you can have an authentic Buddhist experience for a reasonable fee and for an extra premium they’ll even throw in a revelatory view with framed rapture, with or without ‘Kerouac’ in parentheses. Kerouac saw all this by the end of the 60s when he retired, from his travels and from his searching. Watching his interchange with Buckley and his young disciple, despite his witty drunken conceits we see a weary man. But ironically, not a man beaten.

In Kerouac Beat Painting we are presented with fragments of a wilder mind. These rudimentary paintings show us the gifted amateur, unscripted and untutored in his search, striving against himself to find authenticity in an unnatural medium. It’s wise to consider the paintings presented as sketches, or human exercises, rather than finished statements. There’s enough here to feel understanding but the work lacks the pulse that would make them live on their own. In the end they are Kerouac’s paintings.

The paintings are well presented and the accompanying essays well chosen. Certainly for the fan it’s absolutely essential—more so than the countless ‘I was there’ biographies and revisionist biopics. It is supposed that it’s in a writer’s failures that you can see the logic, strategy and labour that marks them. Romantically, we assume the artist moves forward constantly and the creatively dead stagnate into repetition. However there is also another trope: the artist that changes constantly, searching through medium and form for something always slightly out of reach. Here we see Kerouac bare, expressing his observations and influences in a variety of styles but also with a cautious impressionism, approximations so different from his precise vivid prose. The viewer discovers (surely for the second time) the quickening mind under the long established wordsmith, still drunk on life, expressing his shattered vision, and still searching for a beatific reality. It’s as though the curtains part and we get to witness the set changes while actors rehearse and memorise their positions. 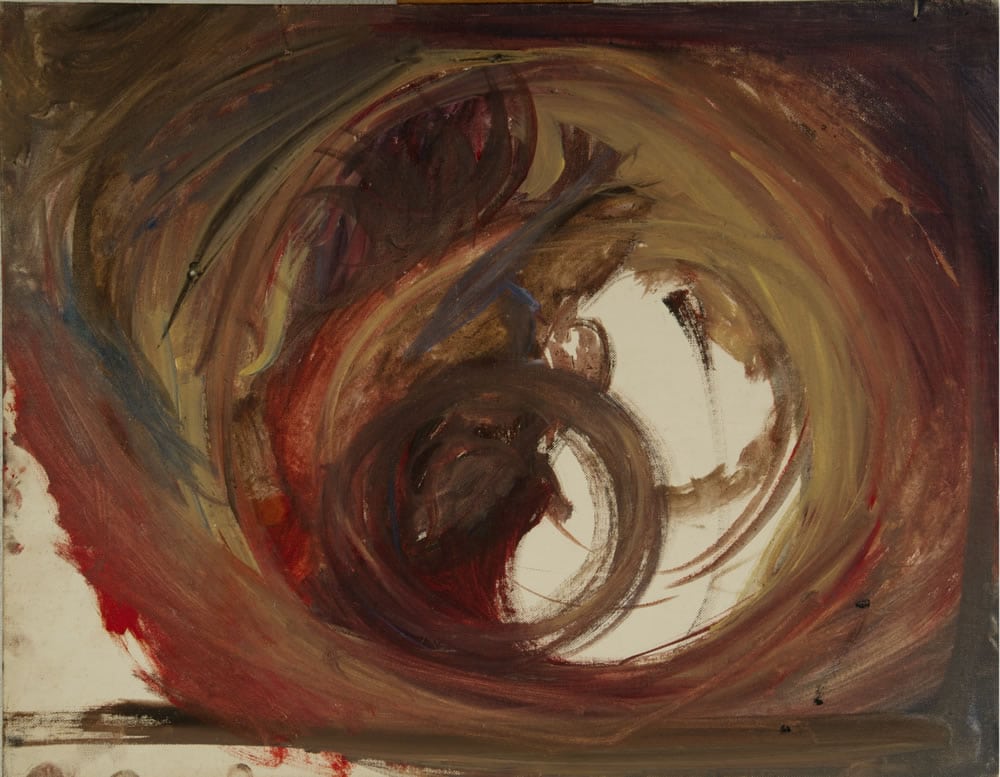 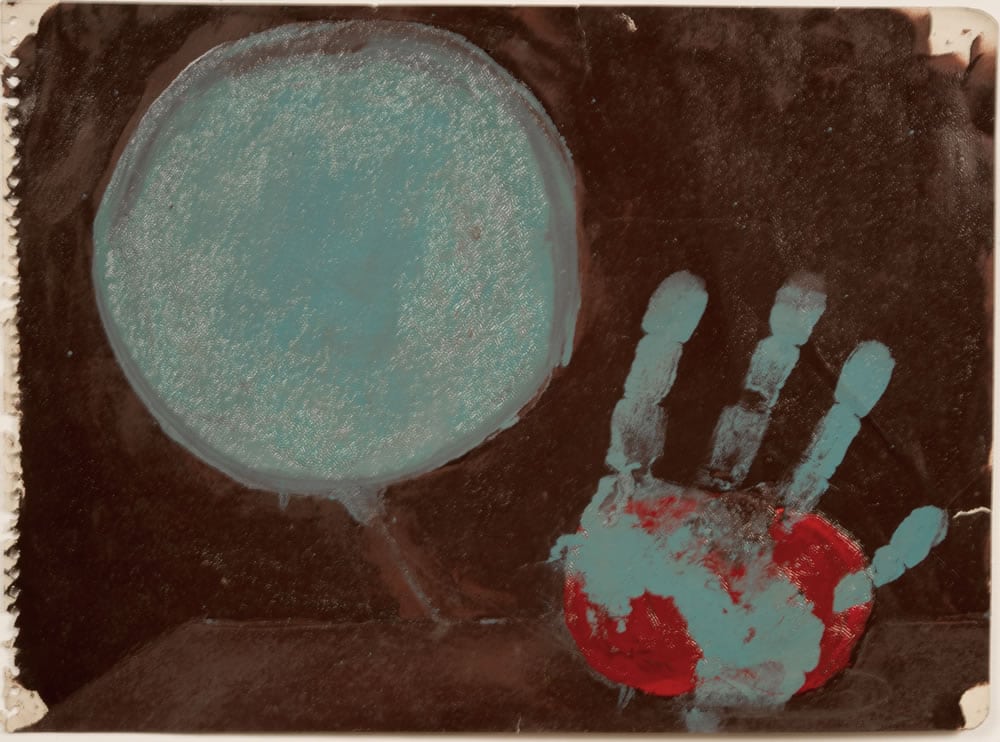 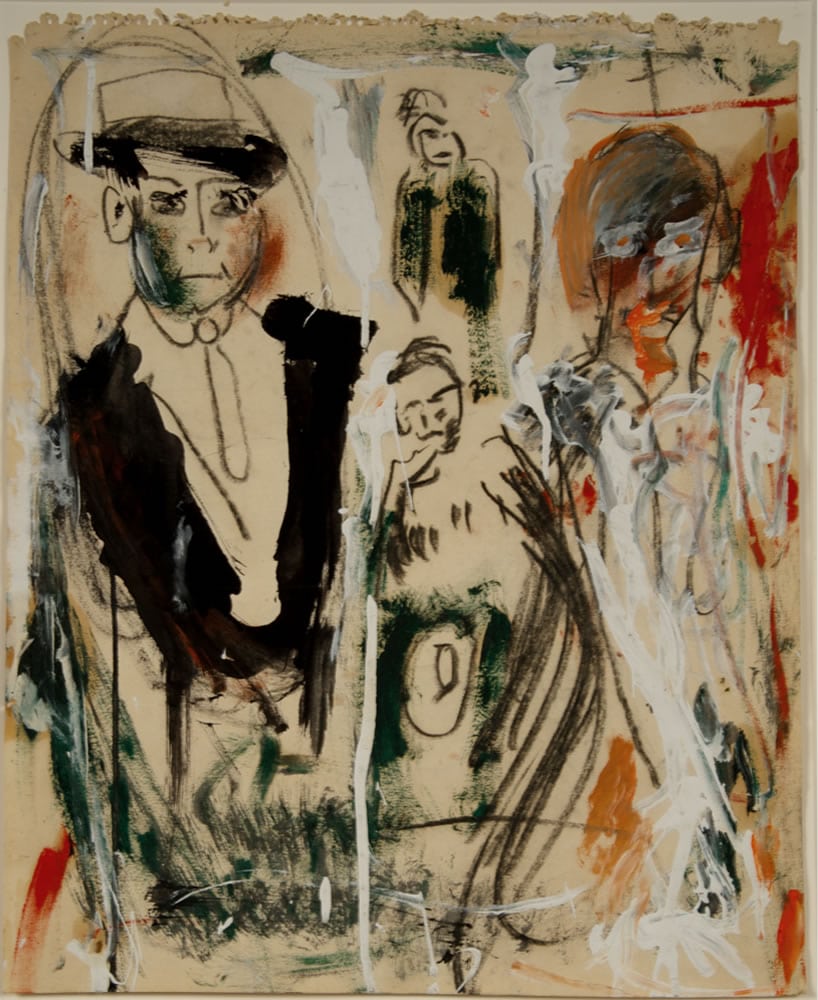 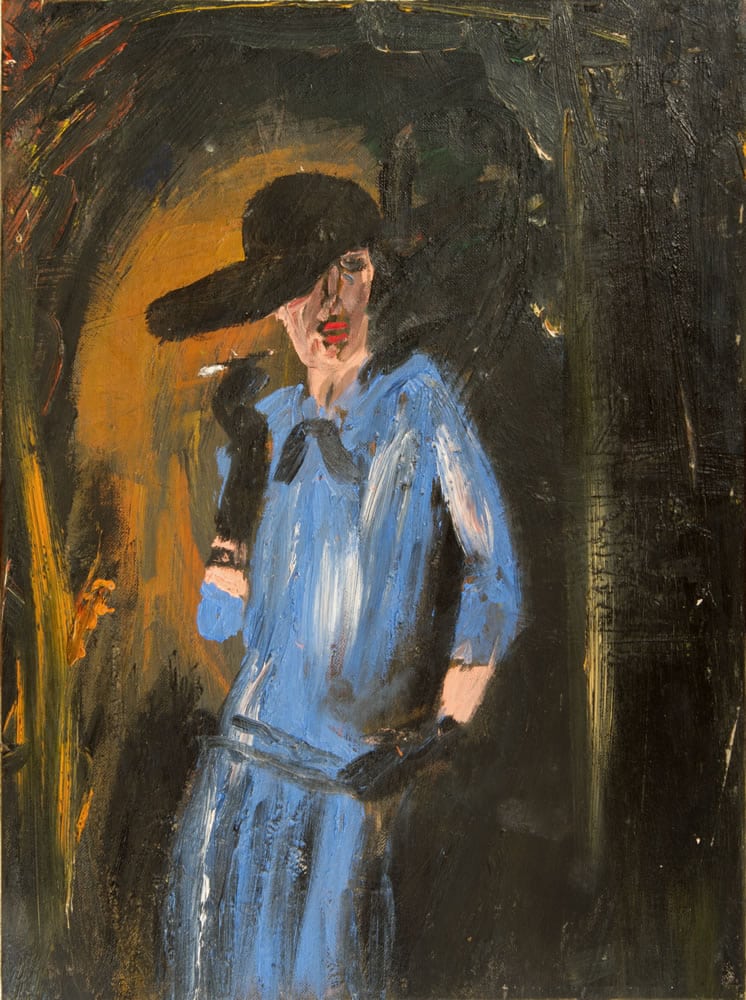 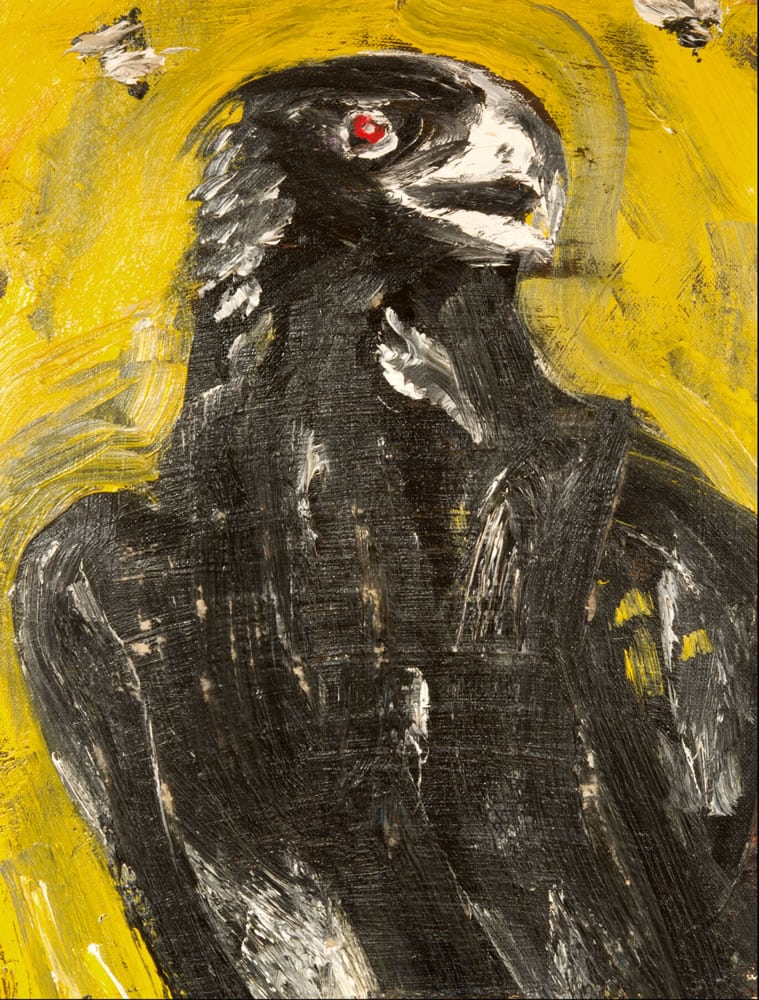 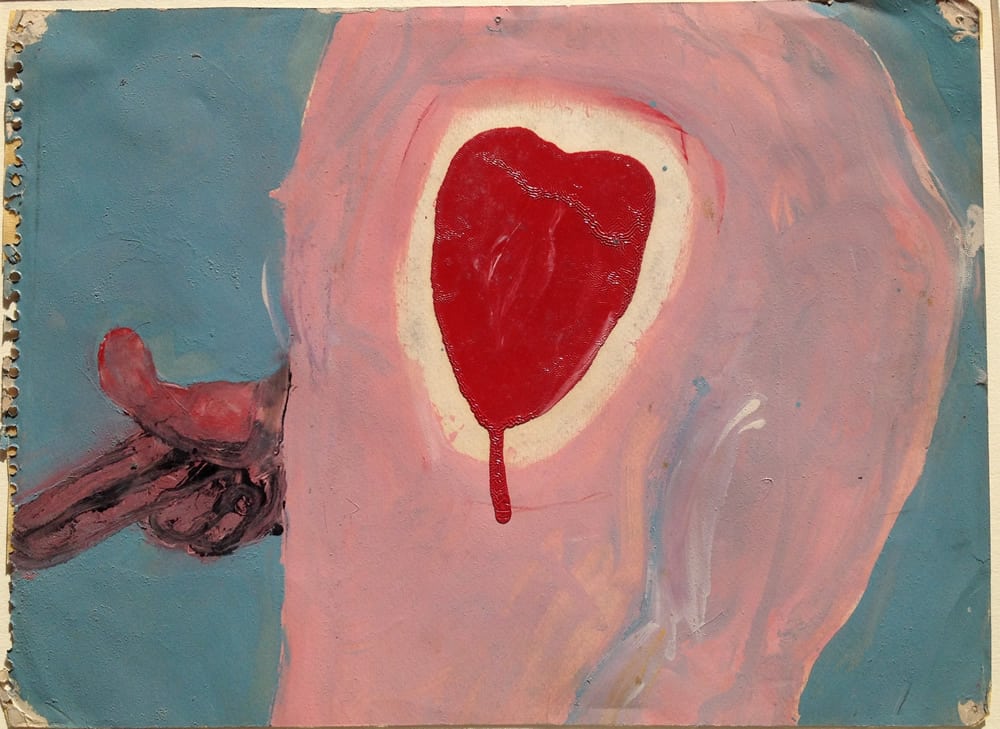 In essence these blueprints are the templates for a deeper understanding of the writer. Youth ascends the violence of experience and the older, iconoclastic Kerouac tries to recapture timeless freedom on the canvas. We live in a conservative age, but as worthy as the sentiment is, we’re asked now to run our thoughts through a filter. Are we offensive? Are we in step? It might well be that Kerouac and the Beats will return as surely as people yearn for authenticity, and in that sense these canvases speak to us in familiar ways.