In the Name of My Father, Part 2 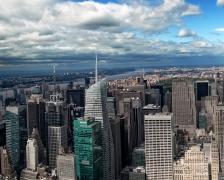 Not too long ago, I had a dream wherein I stood gazing over the atrium of a large complex of multi-story structures.

Inadvertently, I dropped my "special" writing pen…It glinted silver as it spiraled down into the lobby, below the atrium, where it came to rest on the carpeted floor. I searched for a down stairway or an elevator in order to retrieve it, but discovered the only means of descent would entail having to make my way down the floors of a public hospital adjoining my present location.

The dream communicated to me — as occurs, at times, in the lingua franca of the soul — the tacit understanding that in order to regain possession of my writing instrument I would be required to view and chronicle much suffering (as well as healing) in the wards of the hospital…that I would be shirking my duty as a writer (I would lose the instrument of my art) if I avoided the task of looking upon affliction, recovery, madness, birth, and death.

my father made his agonized exit from this keening sphere

This spring, upon my journey south, I have gazed upon suffering and death, as my father made his agonized exit from this keening sphere. My father — who was a man of half Native America ancestry, brought by tragic circumstance to the Deep South of the U.S., to later marry a woman, my mother, a survivor of the blood-besotted madness of 20th Century Europe — carried the wounds and evinced much of the madness of his times.

He imparted his wounds to me. I carry them with my own wounds — those incurred by unavoidable circumstance and those that are self-inflicted.

As I trudge through the wards of the wounded and the restored, I will do my utmost to send out dispatches bearing my observations…From maternity ward to madhouse to morgue and all the precincts in between, I will attempt to chronicle what I witness…for to ignore the admonitions of one's soul and its dialog and dance with the Anima Mundi of one's time is to drift toward the tragic fate of…a life deferred.

Towns and cities drift past…Northward bound, Georgia recedes behind me

At the hospice, my father succumbed to death in a morphine-induced coma. Too heavily medicated to desire drink, he died of thirst…his face and body as gray as granite when the attendant from the mortuary service arrived to transport his corpse for rendering by the Cremation Society. When my father was seized with rage–a frequent occurrence throughout his life, and only diminished in the last stages of his protracted illness–his blood would rise, in an instant, from his chest to his face; his anger-contorted countenance would flush a deep, reddish brown…the color of steak gravy broiled out of raw beef when cooked at a high temperature.

Seemingly, the veritable thunder of an outraged god, his outbursts terrified me. Shortly after my fifth birthday, after being witness to a fit of my father's temper, I have a memory of slipping out the back door and coming upon a bed of fire ants that had erected an outpost of their larger colony against the concrete foundation of our small, brick apartment building in Birmingham, Alabama.

The insects seemed to me to be a seething mass of coruscating rage–and I answered their animus by kicking at their ranks with the tips of my high top Keds. The sight of their crushed bodies, frozen in death, affixed to the side of the wall, held me enthralled. The illusion of control seized me…momentarily mitigating the terror that my father's rage had instilled in me. Is this the mental architecture of sudden violence…murder…war?

In the seats around my own on this train, African American grandmothers are holding an impromptu confab on the subject of the sins of our age…The topic: A generation has been lost because the art of dispensing regular beatings for infractions, large and small, is in the process of being discarded by hapless parents. One proclaims, through a wizened grimace, "My father…took to hitting me all the time, and it never did me one bit of harm."

Sure thing, Granny…each blow served to move you closer to God in his Heaven.

I, myself, in a fit of righteous fury, sent a troop of fire ants his way when I was five.

Part 2 of this essay is here 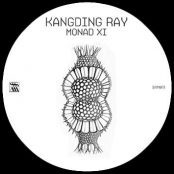