Hockney at the Royal Academy 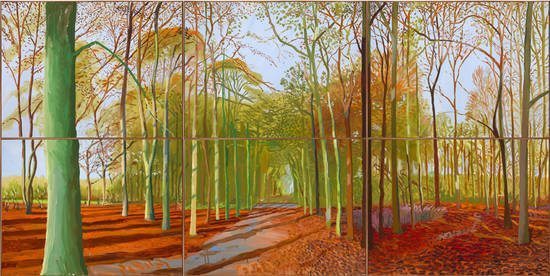 How David Hockney’s work nearly got me laid

There is only one option. Just walk in. I make it a mere metre inside the front door of the gallery and, “errrr-hummmm, excuse me, have you got a ticket?”, “oh, I didn’t realise that that you had to have a ticket, I thought it was free?”, after what initially looked like a snooty and sad look of unwanted bureaucracy, I was explained to that you had to be a ‘Friend of the Royal Academy of Arts’ and that it wasn’t open to the public yet, and furthermore, you needed to book tickets that cost 14 quid or something along those lines. Bahhhhhhh. Oh well, I did try. I managed to gain a glimpse of the start of the exhibition, and I suppose I got a little excited over the piece I saw on the BBC News, no more than your common man can expect I suppose. So feeling depleted, but ever so more wonder-some, I exit thorough the lobby to see a young man looking directly at me dressed in a red Royal Academy jacket and a name badge that says, (well, as it turns out he was on the pull, so let's safeguard his job and call him…) Mr. I.

only friends are allowed into the exhibition today

With him standing near directly in front of me and a few paces away, “Hey man, didn’t realise that you had to pay and be a friend of the Royal Academy or something like that”. He chuckles, “Yes, well unfortunately that is true, only friends are allowed into the exhibition today”. We have a chat about my dole hole holiday and I try not to sound too downtrodden by not being able to get in, when he offers to walk me through! Ace! Hockney on the fly.

Breaking into the inner sanctum of art

So the Hockney work, well where to start? If I said that the glimpse of the first piece I saw when I first tried to enter set my pulse pacing; you will have some idea of how dimensional 11 rooms of funk, colour, and sexy ass freedom can make one feel. After all, this is exhibition has been created by one person, and this is a rarity for Burlington House.

Created by a single man in oil and on an iPad; it signals a reflection of our own world in medium: where men, oil, and marketing dominate in a multi-gender, environmentally aware, and technologically orientated population. Hockney is saying, see and believe what you live and breathe, because this is a 15ft canvas of it.

The vast amount of oil that Hockney covers the walls of Burlington House with shakes the ground of modern society in its burn away culture, and signals a truth that we humans take for granted. In this, Hockney reflects modern life in the demands that size is everything, that boldness is revered by the strong and the powerful, and ‘in your face’ lifestyles are what we all love and adhere to.

His use of an iPad is captivating, almost street art, as if Hockney himself had retuned his thinking away from the ‘Great Masters’ and towards modern life; on the contrary to what is written in the gallery. No doubt that iPad sales will go through the roof, they should stick a Apple store outside and see if people walk into it, as a little social experiment of countryside meets art meets city.

In subject matter, Hockney uses the East Yorkshire landscape as an ironic stamp on the British love for a tweed population of landowners and dog walkers, and throws brave punk colour all over the canvas with a total disregard for the norm.

The sexually charged nature of Hockney’s work shown in Winter Timber (2009) and Carrowly Hill (1998) depicts a real sense of what Hockney’s A Bigger Picture is really about.

the little tuft of fern hanging off the hipbone

Winter Timber (2009) looks like a couple coming together in anatomy; two testicles: shaped by the tree line at the end of a lining of logs: the penis, pointing towards a tree shaped like a female's anatomy: the little tuft of fern hanging off the hipbone and two knots shaped like un-shapely breasts. 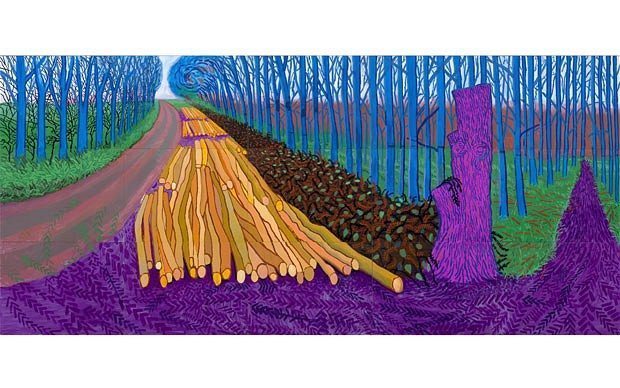 And Carrowly Hill (1998) can be seen as contoured construct of colour that depicts a shapely love for a woman’s body, the main curve that connects the best parts of the peaks and troughs gives shape to the breasts, nipples, and bum, divulged as bulges and trees for some intrigue and love.

Anyway, you do not have to believe you understand Hockney’s methods, or have to chat shop with grey haired friends of the RA that humbly don their Babours to shield them from the pain of real life (it does work, I love a good Babour), because Hockney’s work is incredibly accessible to all those who are privileged enough to gain access to it.

So as I review my ranting opinion on one of Britain’s best modern artists, having just crawled out from underneath my sheltered cave in Nottingham that now hosts the oldest Inn the world, I begin to realise that the bigger picture that Hockney is pointing at is more than canvassed space in a 17th century building. Hockney is interpreting the modern world in a world of his own, that houses the irregular inside the regular, and places a wide lens on the day to day technologies that we take for granted, and focuses them on the unchanged landscapes of East Yorkshire.

a post-post modern advance that will take your breath away, and will make you desire the sexuality of the outdoors

Hockney slates modernism with modernism, in a post-post modern advance that will take your breath away, and will make you desire the sexuality of the outdoors. It is unbeknownst to me to have felt energy from a exhibition like it, but it is the depth of brave colour that is so truly inspirational, making one’s eyes dash between branches, trundle over farm lanes, and wander through cosmic skies that makes it of another world. 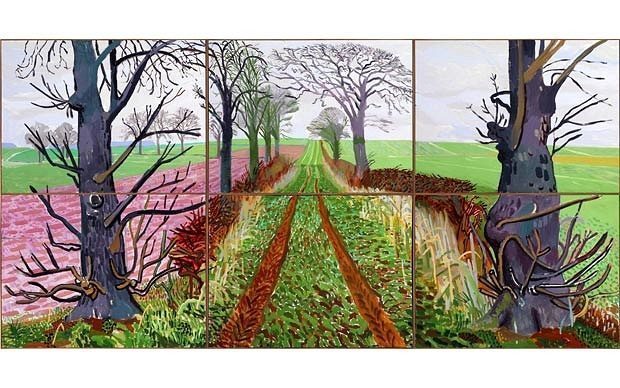 I would advise anyone whom likes to take a thrill pill to take a trip through Hockney’s Tunnels (Room 5) and Trees and Totems (Room 8) because you may just get to see the bigger picture. 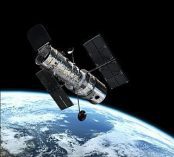