Nobody said it was easy, so what could possibly follow the awesome Dätcha Mandala?

The scraggly rag tag dungaree-wearing Hayseed Dixie may have looked like they’d been sent in on parachutes from a far-away cousin-humping Essex backwater, but as Hayseed Dixie’s feet started stomping and their fingers started picking and playing, they soon turned into something beautiful. 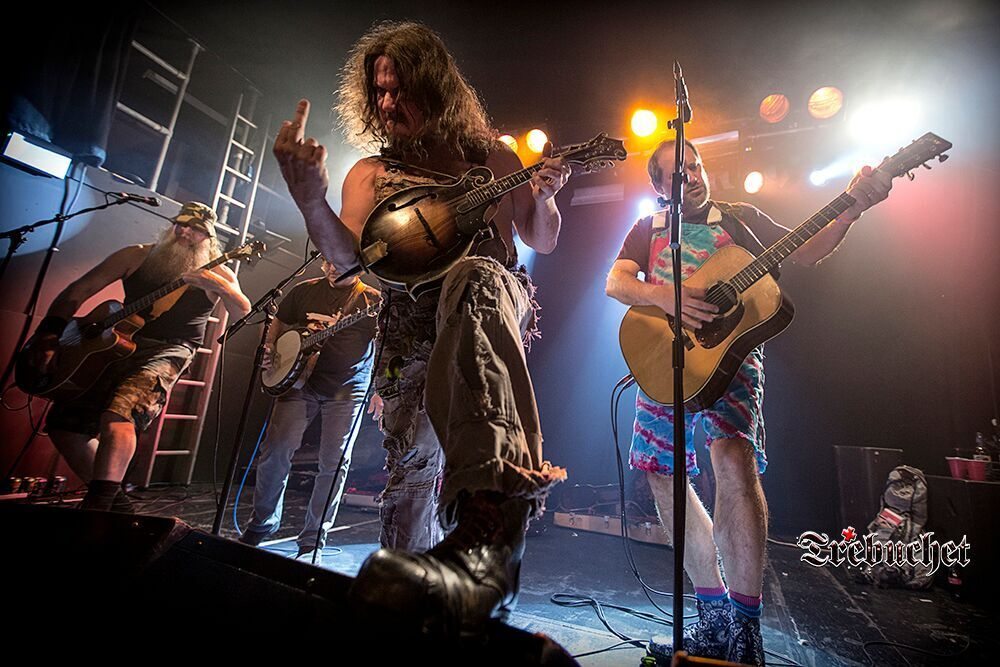 From their debut in 2001, the band has played over a thousand shows and have had more members than Teanna Trump. On this occasion they came out with a seasoned foursome comprising of John Wheeler, Jake Byers, Joe Hyams and Tim Carter, bringing the viva la vida spirit with them and warming the Islington faithful up in flames of a wide-ranging and perfectly executed swamp-a-billy nature. Covers of songs such as Ace Of Spades and the timeless Don’t Stop Believing fanned it further.

Hayseed Dixie don’t much care for that crystal clear hillbilly moonshine, they prefer an overly effervescent Prosecco, super-duper fizzy and yellow. They raised a glass or two of the nectar to the hard working people in the legal system, British politics and the NHS. Lifting the spirits in the room with their glasses, whatever may have been bringing you down; Hayseed Dixie would certainly ignite your bones and fix you. 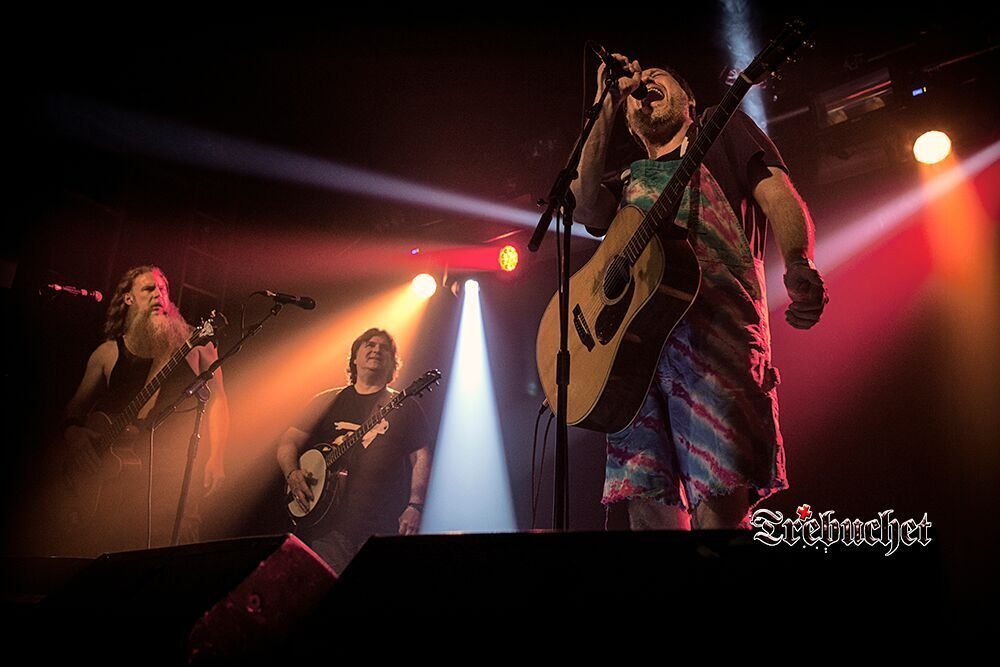 Apart from some initial monitor issues, the musicianship was clean and faultless, especially the banjo picking, albeit a five string rather than the more demanding four string. The band meshed together like biscuits and gravy, were all in on the joke, seriously well rehearsed and delivered with the timing of a veteran vaudeville act. You could almost hear the drum and cymbal in your head.

Undoubtedly the second best night out we’ve had this year, bested only by the mighty Elvana.

Hayseed Dixie have tour dates up until the end of August so catch them if you can. Our recommendation is The Cambridge Folk Festival where we hope they’ll be gathered round a campfire singing bluegrass renditions of Smiths songs.