[dropcap style=”font-size:100px; color:#992211;”]B[/dropcap]eing pretty much unaware of Mr Frankie Ballard until now, but eager to listen to some fresh new country music, we were kind of excited to witness the man in the flesh.

So were the hordes of adoring female fans (of all ages) patiently queuing up outside the Islington Assembly Rooms.

Yep, a country music show would be the very thing to set the world right but something was afoot. As the lights dimmed and I took my last swallow of beer I could have sworn I heard Rufus Thomas Jr’s Tiger Man followed by the kind of introduction I’d last heard at a Cramps concert.

As my mind drifted back to the utter madness of yesteryear, I half expected some old Sonny Burgess tune would boom over the PA next, but no. A lean young man with a dirty greasy quiff and a leopardskin drape oozed onto the stage and strutted around like a big cat stalking its prey.

I’d heard a couple of tracks from the El Rio album in the car but holy moly, I never expected to witness this creature up there on stage throwing a guitar around his neck and wrapping the female audience members around his little finger. 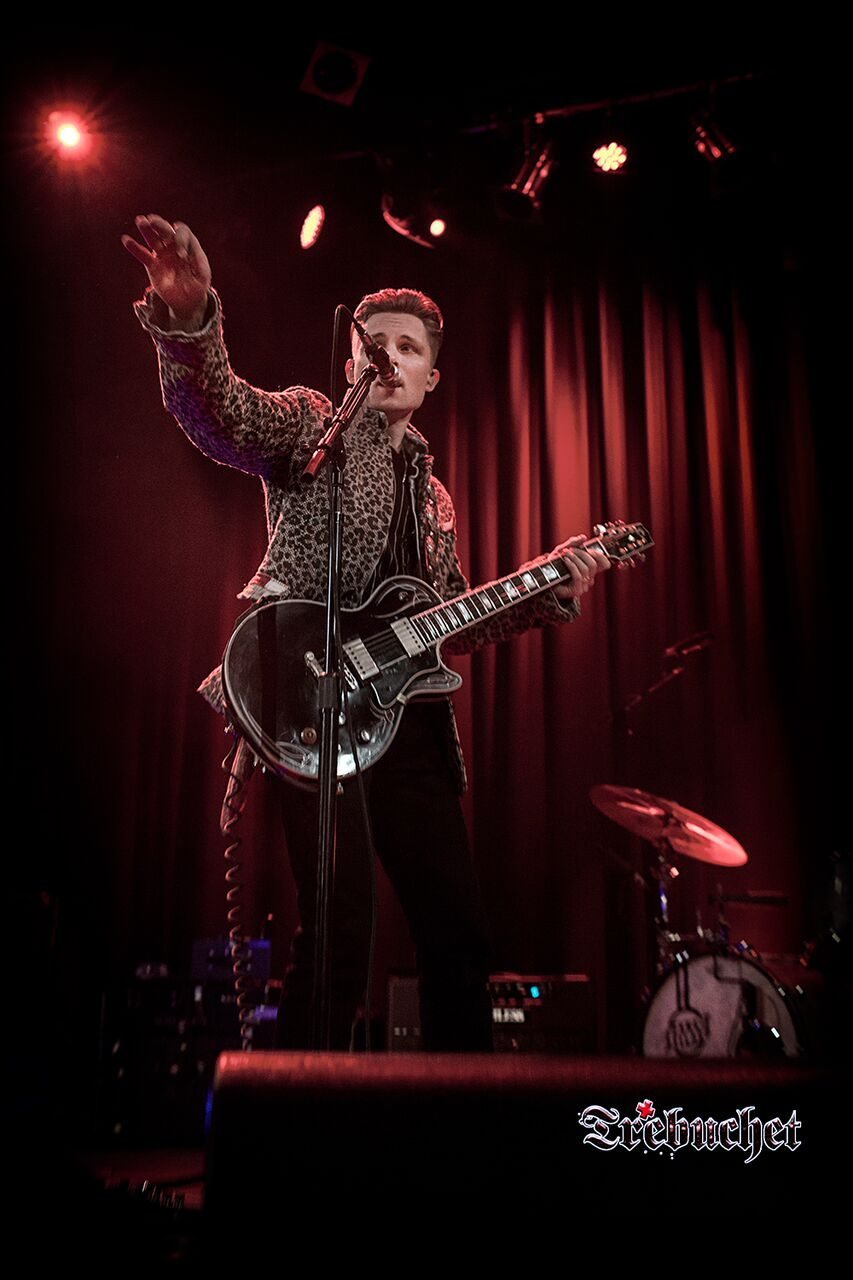 Actually not just the females, oh no. Seems Frankie has a whole lot of male admirers too. A conversation at the bar referred to the movie True Romance where Clarence says: “I always said, if I had to fuck a guy… I mean had to, if my life depended on it… I’d fuck Elvis”. Apparently this guy would happily add Frankie Ballard to the list. Hey, why not? As Frankie says himself, A Little Bit Of Both.

Well Ballard is a good looking guy. Part David Cassidy, part Marty McFly (when he plays at the prom) and a pinch of young Elvis or Ricky Nelson, Frankie Ballard is a cool hybrid cat for sure and he sure as hell delivers the music. It was more of a rock and roll show than a country gig: high energy and heart-pumping.

You need to see this guy live, but until the next time we do, you can bet El Camino and the rest of the El Rio album will be turned up real loud as we road trip down to Tucson this year.

Previous Story:
Hunter-Gatherers to Farmers. The Question isn’t *When*, It’s WHY?

Next Story:
The Force is Strong in You. No, Really!