Powerful in its neorealism, Custody is an impressive feature debut from French director-writer Xavier Legrand; indeed it was awarded the Lion of the Future award at Venice, while Legrand received the Silver Lion for best director. Dealing with the ongoing consequences of an abusive relationship and a woman’s inability to truly escape her abuser, the film is not an easy watch, and is in fact a follow-up to Legrand’s Oscar-nominated short, Just Before Losing Everything. Clearly, this filmmaker is one to watch.

“Which of you is the bigger liar?”

It’s a taut opener, with a tension that is palpable from the very beginning. A family mediation session sees divorced parents Antoine and Miriam making their cases regards custody of 11-year-old Julien. The boy has stated that he doesn’t want to see his father, but Antoine’s lawyer makes a passioned argument, claiming Miriam’s allegations of domestic violence are untruthful, and that Julien is being pressured. The camera largely focuses on one at a time in this scene, underlining the judge’s—and viewer’s—position here: it is not clear which parent is to be believed. Antoine presents himself as hard done by, seemingly aghast at the accusations and desperate to see his son, while Miriam sits pursed-lipped, mostly silent and inflexible. 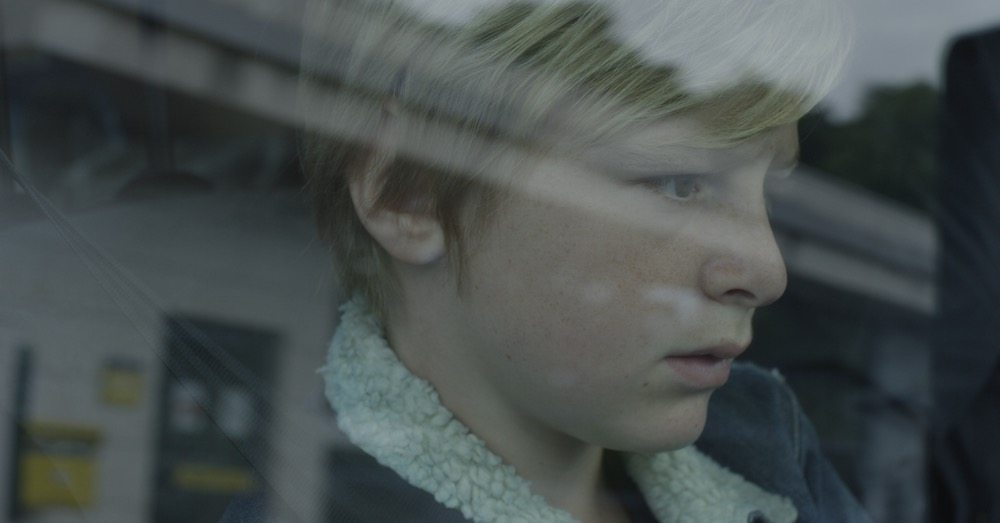 The judge rules joint custody. There was however a key moment during the meeting that served as a clue to Antoine’s intentions: at one point, he states that he should know where the family is living. As the story unfolds, we learn that young Julien is merely a pawn; the endgame is Antoine’s access to Miriam. He remains obsessed with his control over his former wife, seeking any excuse to pressure her into talking to him, demanding she say please when making a request. Initially attempting to manipulate Julien into revealing where they are living, he eventually insists, the boy’s valiant efforts to protect his mother having become too frustrating for this abuser to bear.

Also near unbearable is the film’s tension. Legrand’s pacing is excellent; it is clear that Antoine will up the ante in his quest for control, we just don’t know when, and must bear the burden with Julien and his family. And, Denis Ménochet is utterly chilling as Antoine. An imposing stature highlights his character’s abusive nature, and the actor flips between calm manipulation and rage with ease. Newcomer Thomas Gioria is also impressive as Julien; his distress around his father is heartbreakingly believable.

The film’s climax is more thriller territory than the previous drama, and does feel a little tacked on. It’s a small gripe, however, and is only regards style; the realism remains and Custody makes its point perfectly, which is that abusers are near impossible to escape. An absolute must-see.