Godly’s second show at JD Malat Gallery represents a return to the artist’s favourite subject matter: the awe, terror, beauty, and suspense of the mountains. 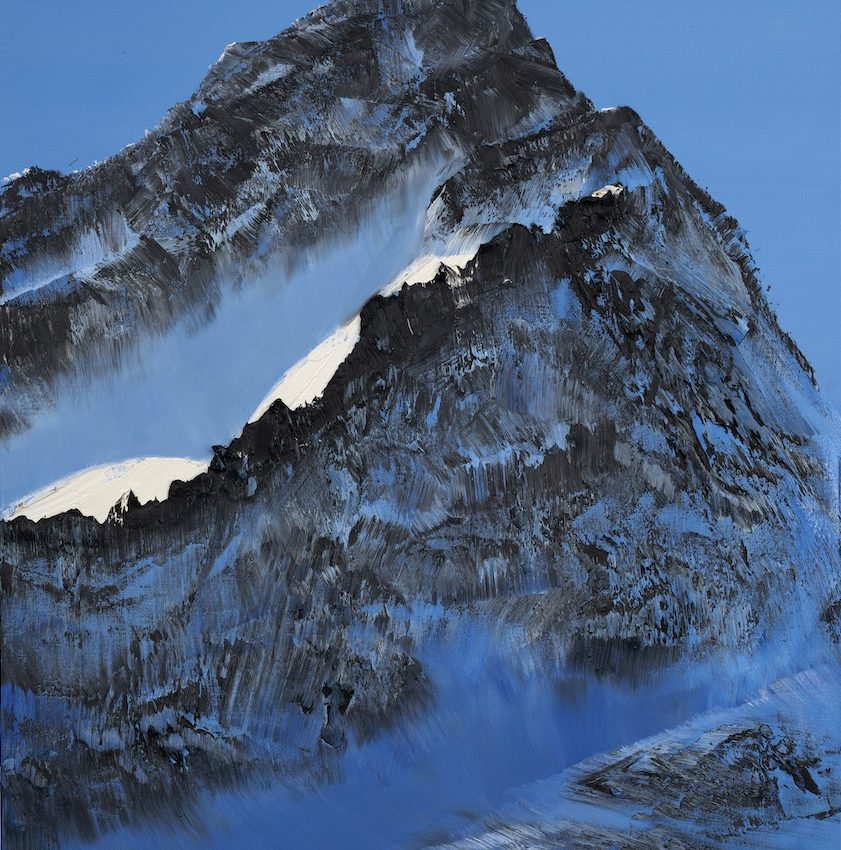 Godly’s unique style is caught between abstraction and representation. His paintings are never illustrations of specific mountains, instead his paintings are the product of his memory. In this way, he seeks to capture the emotional relationship that he has with the mountains, creating paintings with a tangible quality; the ridges are deeply felt, the drops are sheer, the paint falls from the canvas. Godly breaks the boundary between object and viewer, letting the paintings burst into the physical space of the gallery.

From afar, the paintings appear photographic, with their realistic depictions of reflections on pure white snow. This is due to the 17 years Godly spent as a photographer before turning to the brush, which has gifted him an innate knowledge of light and composition. As a result, he gives light priority in his works, manipulating the paint to give the impression of blinding sunlight or total darkness.

Godly’s understanding of nature’s essence allows him to create a narrative that becomes progressively darker in this exhibition. Firstly, there are his paintings of light. These canvases are his most photographic, flooded with blue and white; light emanates from the pictorial plane, focusing on hope. Secondly, there are the canvases concerned with mist. These works deal mostly in more pastoral greens and greys, split by a ravine that rushes through the centre. Finally, in his night paintings the artist revels in the theatrical nature of the mountains, lacing the thick paint with fear and danger.

Because Godly is constantly driving toward the essence of nature, his work presents a means for meditative contemplation. As Philip Maier states in Conrad Jon Godly, Works +-, “internalising these mountains has been the painterly exercise [Godly] has submitted himself to”. In internalising the mountains, Godly gets closer to his goal, and finds purpose for being.

The pandemic has solidified his devotion to the mountains. Says Godly, “I made a break and I took time to think deeply about our world, our society, the politicians… how humans destroy our planet. In these difficult times people are longing for real things.” In contrast to politicians, Godly suggests a mountain is always true to you, eternally, indestructibly.