Nothing Happens at All, Part Three: Charity

If possessions enslave us, and suffering numbs us, what gives us a warm, if impotent, glow? Charity

Helping and showing concern for one’s fellow humans is positive. However, the sheer proliferation of charity fundraising and media coverage thereof points to something more suspect than individual kindness. Something far less wholesome. Firstly, it draws together the problems aforementioned in the previous essays of this set: our guilt about the excess generated in our society (possessions); and our desire to act (elicited by the harrowing images we are exposed to (suffering)). 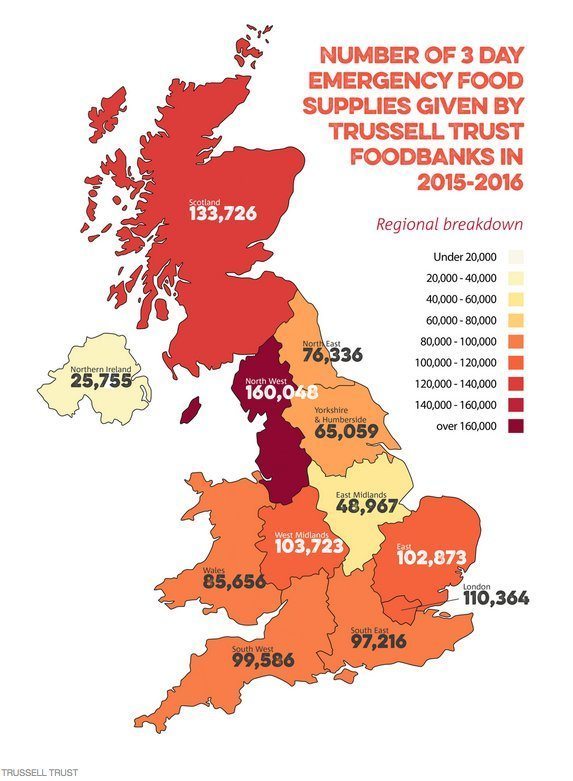 Charity seems the perfect solution since it proves we are not simply superficial consumers and provides a suitable and measured response to horror. Significantly, it is a reaction that will never upset or threaten our privileged existences, while coating the ugly and abject images in enough meaning to allow them to be digested regularly and without trauma on our part.

This is the ultimate waste of naive but well-intentioned activity and represents a colossal failure of our leaders and institutions (and ourselves), who encourage the repetition of cake sales and small donations lest solving the huge problems should become their responsibility and require the resources of government. It is the equivalent of taking pills to reduce the anxiety of a psychological problem but never going to see the psychoanalyst.

The problem goes on. People on the whole are sympathetic to a Somali child, on the news, covered in flies and starving. Yet if he comes to Britain and hangs out with his friends around the city centre a few years later, he is viewed with far less positivity. His otherness is only palatable at a distance of about 5000 miles, mediated by the camera and its attendant editing and spin.

It’s very difficult to avoid the conclusion that political engagement, or face to face kindness and consideration, is simply harder than giving money to ‘good causes’ (which is relatively easy and might even be fun or life-affirming). To push the Christo-Marxist idea, for Marx charity was a bourgeois activity which represented a failure to ever actually solve the issues at hand. Christ, famously speaking to a wealthy donor, expressed disappointment when he only gave a portion of his wealth, unlike the poor old lady who had given all she had. When the rich man complains that he had technically given more, Christ points out that if you don’t give all of yourself, you give nothing. Damn! If only it were easier to be truly good we’d all do it! Wouldn’t we?

Martin Luther King sympathetically and insightfully remarked that Marxism had come about because our civilisation was “….a Christian world unfaithful to its own principles.” (Martin Luther King, Jr. From Civil Rights to Human Rights)

Perhaps it’s time to forget the mutual disapproval of these ethical frameworks and use the good sense of both to forge a new attitude, one which doesn’t result in a deadlock where our activity simply reproduces the contours of the problem. That problem is our relative lack of commitment to our so-called convictions. Oh no? Then what of the thousands of poor individuals on our doorstep? They are so close we don’t need to wire any money, we don’t need a bake sale, we only need the courage of our convictions. When people mither over whether we can or can’t welcome them in; if they would make us all a little poorer, a little less well-off, we should simply say, ‘Well, better that than sending them back to a miserable existence’. Alternatively, we could just continue to covet, relax, sympathise, relax, pay, relax and so on.

Am I saying you should or shouldn’t give to charity? Well ask yourself, what would (a Marxist) Jesus do?

Previous Story:
Yes, But Will There be Broadband? New Advances Improve Exoplanet Search