All in the Pipes: Birds sing the same way we do

The very same physical mechanisms are at play when a bird sings and a human speaks.

Birds and humans, although we sound different, use the same body mechanics to sing.

One can only hope that bird language doesn’t also suffer from the tortured metaphor and coincidental rhyming of sky/high/fly.

When birds and humans sing it sounds completely different, but now new research reported in the journal Nature Communications shows that the very same physical mechanisms are at play when a bird sings and a human speaks.

“Science has known for over 60 years that this mechanism – called the myoelastic-aerodynamic theory, or in short the MEAD mechanism- drives speech and singing in humans. We have now shown that birds use the exact same mechanism to make vocalizations. MEAD might even turn out to be a widespread mechanism in all land-dwelling vertebrates”, says lead author of the paper, Associate Professor Dr. Coen Elemans, Department of Biology, University of Southern Denmark.

Over the last year Dr. Elemans and his colleagues studied six different species of bird from five avian groups. The smallest species, the zebra finch, weighs just 15 grams, and the largest one, the ostrich, weighs in at 200 kg.

All studied birds were revealed to use the MEAD mechanism, just as humans do.

In the human voice box, or larynx, air from the lungs is pushed past the vocal cords, which then start moving back and forth sideways like a flag fluttering in the wind. With each oscillation the larynx closes and opens, making the airflow stop and start, which creates sound pulses.

“Such vocal fold oscillations occur from about 100 times/sec in normal speech to one of the highest possible notes sung in opera at about 1400 times/sec, a F6 in Mozart’s “Die Zauberflöte”, adds voice expert and co-author Dr. Jan Švec of Palacky University in the Czech Republic.

One second of normal human speech or song therefore contains hundreds to thousands of vocal fold oscillations. During each of the oscillation cycles a wave travels over the vocal folds from the lungs to the mouth, which keeps the oscillations going. The MEAD theory describes these processes in physical terms.

“Already since 1646 we know that birds do not make sounds with their larynx,” comments Elemans, “when M. Du Verney surprisingly noted that a beheaded chicken could still make sounds.”

Instead, birds produce sound using an organ unique to birds called the syrinx that is located deep in the body and therefore very difficult to study. 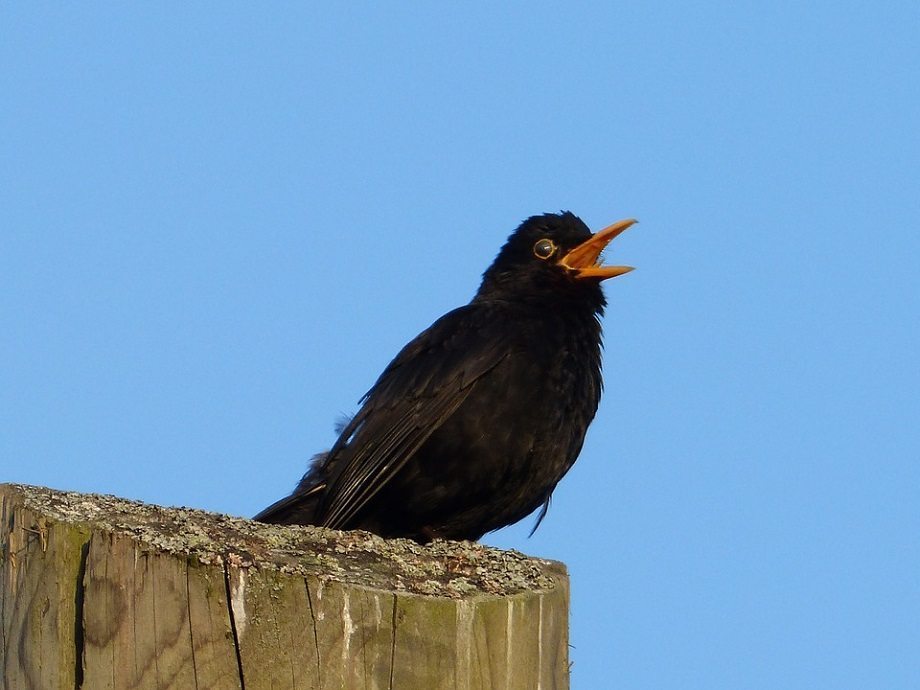 “We now managed to film sound production in birds from zebra finches to ostriches in detail using high-speed cameras. We show for the first time that birds also produce sound according to the MEAD theory”, says Elemans.

Švec: “To me it was very surprising and fascinating to discover that such different vocal organs make sound in the same way”.

According to Elemans the new discovery not only sheds new light on the sophisticated vocal talents of song birds. The discovery is also interesting and useful because it can be paired with the knowledge about another interesting vocal mechanism shared by some birds and humans: The neural mechanisms underlying vocal learning. Both songbirds and humans are not born with the ability to speak or sing, but must learn their language or song by listening to others, a process called vocal imitation learning or simply vocal learning.

“Songbirds are an excellent model to study the human voice and its neurological diseases. So we hope to transfer our knowledge about songbird vocal production to research in human vocal production”, says Elemans.

Previous Story:
The stuff of life (The Eagles of Death Metal)