When it comes to keeping the peace, it’s more important for wives – than for husbands – to calm down after a heated argument 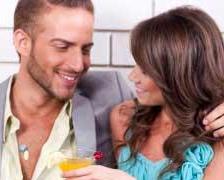 Science takes a lesson from Shiny Dave in how to manage disputes.

Marriage can be a battlefield. But a new study conducted at the University of California, Berkeley, has found that, when it comes to keeping the peace, it’s more important for wives – than for husbands – to calm down after a heated argument.

While both spouses were equally able to cool down during conflicts, the husbands’ emotional regulation had little or no bearing on long-term marital satisfaction, according to the study’s findings published online today (Nov. 4) in the journal, Emotion.

“When it comes to managing negative emotion during conflict, wives really matter,” said psychologist Lian Bloch, lead author of the study which she conducted during doctoral and postdoctoral studies at UC Berkeley and Stanford University. She is an assistant professor at the Pacific Graduate School of Psychology in Palo Alto, Calif.

marriages in which wives

quickly calmed down during

shown to be the happiest

Bloch and fellow researchers at UC Berkeley and Northwestern University analyzed videotaped interactions of more than 80 middle-aged and older heterosexual couples, focusing on how they recovered from disagreements. Time and again they found that marriages in which wives quickly calmed down during disputes were ultimately shown to be the happiest, both in the short and long run,

“Emotions such as anger and contempt can seem very threatening for couples. But our study suggests that if spouses, especially wives, are able to calm themselves, their marriages can continue to thrive,” Bloch said.

While it is commonly held that women play the role of caretaker and peacemaker in relationships, the study is among the first to reveal this dynamic in action over a long period of time, researchers point out. Results show that the link between the wives’ ability to control emotions and higher marital satisfaction was most evident when women used “constructive communication” to temper disagreements.

“When wives discuss problems and suggest solutions, it helps couples deal with conflicts,” said UC Berkeley psychologist Robert W. Levenson, senior author of the study. “Ironically, this may not work so well for husbands, who wives often criticize for leaping into problem-solving mode too quickly.”

The study is one of several led by Levenson, who looks at the inner workings of long-term marriages. Participants are part of a cohort of 156 heterosexual couples in the San Francisco Bay Area whose relationships Levenson and fellow researchers have tracked since 1989.

Every five years, the couples 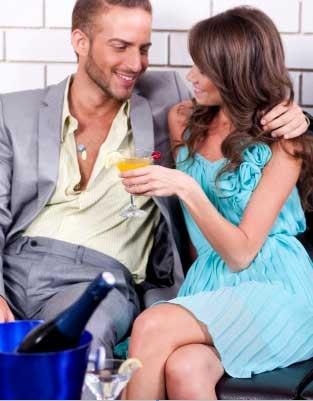 come to Levenson’s lab at UC Berkeley to report on their marital satisfaction and to discuss areas of conflict in their relationships. Researchers code their conversations based on facial expressions, body language, tone of voice and topic of discussion.

In this latest look at the emotional forces at play in long-term marriages, researchers pinpointed the most negative peaks in the couple’s conversations and timed how long it took spouses to recover based on their body language, facial expressions, and emotional and physiological responses.

Claudia Haase, a co-author of the study and an assistant professor of human development and social policy at Northwestern University, noted that age may also play a role in how couples interact when conflicts arise.

“The middle-aged and older couples in our study grew up in a world that treated men and women very differently,” she said. “It will be interesting to see how these gender dynamics play out in younger couples.”

Source: University of California – Berkeley
Photo: Carl Byron Batson. Not to be reproduced without prior permission

Next Story:
Zombiezzzzzzzz: Putting the genre to rest