No Score Draw : How Movie Music Fails Us [Final Part] 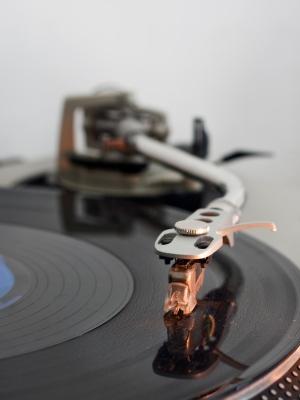 Astute readers of this series will have correctly deduced that the writer knows a little too much about the subject matter to be just an informed observer of the film score process.

It is time, as the American cousin would say, to ‘fess up’.

I have personally profited from the smooth walkways created by the Zimmer effect. In the early eighties I decided to leave the rock performance platform and step into celluloid shadows. As mentioned in part one, the times, tides and technology were all correctly in line for a fresh approach to film music production. Fairlight samplers, crude digital synchronisers and the first generation of ‘easy use’ synthesisers offered a brand new palate for both composers and clients.

By the time Hans made his determined assault on Hollywood I had managed to assemble a decent portfolio, a state of the art studio and, most importantly, a small but tightly focused team of music editors and programmers.

We stepped comfortably into the Zimmer slipstream.

12 years later in 1997 I found myself at a career crossroads. My Shop was successfully supplying music for the film, television and commercials industries and had plenty of work in the pipeline. There was, however, a fly buzzing restlessly in the profitable ointment.

As my Scorpionics programme explains: a being that desires only to ‘fit in’ will experience resistance from its true nature.

My own resistance manifested as an increasing dislike of the, by then, firmly established practice of assembling a film score like a modern automobile: to be designed by committee and manufactured by automatons. I had recently had a great run of work with a number of ruggedly individualistic directors such as Tim Pope, Tony Kaye and animation genius Paul Vester. These collaborations inspired me to swim against the tide of multi-layered audio manufacture and crowd-pleasing demos. Instead I moved towards performance pieces played in real time with real instruments and minimal electronic overdubs.

I had inadvertently discovered a ‘signature’ approach, and the confidence to enforce it onto work for clients and collaborators who were perhaps less daring than those named above. Stepping off the walkways into the long grass was a liberating experience.

I packaged my work for Hollywood eyes and ears, and finally ended up at the Holy Grail known as Gorfaine/Schwartz, which was (and still is) the premier talent agency for film composers.

They liked my Showreel and the meeting was going extremely well until they suggested that I drive down to Santa Monica to meet up with ‘Hans and his team’ with a view to working in the factory.

Career wise this could have been a big step up. Creatively it would have been a large step back. I politely declined and the meeting stumbled to an awkward conclusion; even the faintest suggestion of ‘biting the hand that feeds’ amounts to career suicide in sunny LA.

It wasn’t as if the ceiling fell in after that; I secured a boutique Hollywood Agent, scored a US network TV series, two ITV network series, another 7 movies and won more awards for my advertising work.

But now that I knew exactly where the ceiling was I slowly lost career drive, and by 2005 I was out of the game – with few regrets.

Although the focus of these articles has been on original composition for film, there are other ways to create a dynamic soundtrack.

At the end of the long production process (edit stage) when directors/producers begin to seriously turn their attentions from visuals to music usage they are generally in the worst possible shape: tired, burnt out from relentless fire fighting and usually panicked by less than ecstatic test reactions. It’s a bad time to make critical decisions. I served for a few years as a music supervisor and it was in this

period that I began to appreciate the work of the great Needledrop Kings: Kubrick and Tarantino.

Needledrop is an old movie term for the use of pre-recorded music. In the days of the studio system film makers would often recycle particularly haunting, romantic or rousing cues from previous films via the company archive. These cues were stored on vinyl discs, hence the term needledrop. If you listen closely you can often hear the delicious groove crackle of an inserted cue on a pre 1970’s soundtrack.

It was Kubrick, of course, who took the practice to the limit on his film 2001. The phrases ‘too time consuming’ and ‘too expensive’ did not apply to the maestro. While composer Alex North was busy composing and recording his original orchestral score, Stanley was having copious amounts of his classical record collection transferred to magnetic tape and cutting them into the movie.

The rest is history: North’s score was dumped and Kubrick’s spacious and inspired collision of atonal Ligeti choirs and lilting Strauss waltzes created a new kind of audio landscape. In later films such as Full Metal Jacket and Eyes Wide Shut he expanded the language by utilising original score in a secondary role to pre-recorded tracks.

This is exactly the method used to great effect by Tarantino on his last four movies. He has the savvy, balls and intellect to make this complex manoeuvre seem as natural as running water. Earlier films like Pulp Fiction and Reservoir Dogs didn’t even need connective scoring and, for me, Jackie Brown has a soundtrack worth its weight in black gold.

Many others have tried to succeed with this method: 2011’s Drive is a contender, but most attempts simply fail to dazzle. In my humble opinion it still takes a ‘unique vision’, springing from either a composer or director, to create a classic soundtrack.

Art is not made by committee.

One further ‘insider’ tale before the theatre lights come up: a graduate of my Music Shop is now a highly sought-after sound designer for big budget shows. His first break into this field was on the 1997 Saint feature directed by Phillip Noyce. While the movie was being edited, the producers were scurrying and scraping their purses to induce pop changeling David Bowie to compose and record an original song for the soundtrack.

Director Noyce, meanwhile, was making it perfectly clear to the sound technicians that he could not stand the sound of Bowie’s warbling voice. Something had to give.

When the track arrived, Noyce threw the CD at my colleague and instructed him to ‘bury it’. He found a scene where Val Kilmer is on an aeroplane listening to music on headphones. The stewardess interrupts him for a brief conversation, during which time (23 seconds) the track from Bowie plays (under dialogue) from tinny, tiny headphone speakers.

When the movie was released my colleague and I were working in LA and drove past an enormous wall on Sunset featuring a painted image of the Thin White Duke himself. It was advertising the imminent release of the Saint soundtrack album. How we chuckled.

The high-profile feature artist only ‘featured’ in twenty three seconds of the film, with the worst possible sound, and his voice completely hidden under dialogue…

Image by frankie_8/freedigitalphotos.net
‘Abductees’ embed features music by the author

Previous Story:
Thatcher’s War on the Self